From the London Youth Games 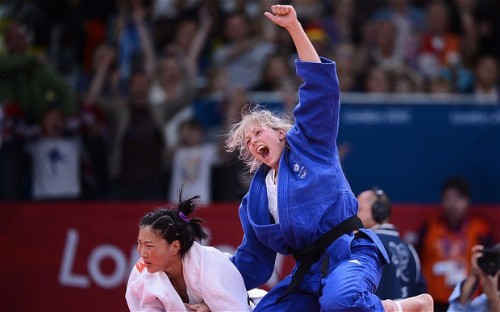 The 26-year-old won a silver at London 2012 mouthing “I love you mum” to her late mother as she clinched her medal.

Recently married to fellow GB international Euan Burton, Gibbons competed for Greenwich at the London Youth Games in her formative years and is patron of the 2013 London Youth Games. Having suffered a broken wrist which kept her out of April’s European championships, she is targeting August’s world championships in Rio de Janeiro.

Gibbons will be available to the media all day. Her exact schedule will be constructed based on volume and type of requests. No request is guaranteed interview, priority will be given to early requests.