This is the transcript of a speech delivered 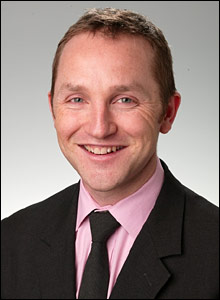 by JAMES PURNELL, Minister for Culture, Media and Sport, two days before the chairman of Sport England resigned. It is a significant speech in a number of ways, not least because it has a Labour government minister admitting “competitive sport is a good thing”

Today I want to talk about how we can create world class community sport in this country.

There is an odd quality to political speeches: they can make almost anything sound dull. When it comes to sport this would really be some achievement.

Will England beat Croatia next time? Will your sonâ€™s basketball team win the league? Will your daughterâ€™s football side? Did you see Paula Radcliffe in New York? Will Andy Murray win Wimbledon? These are subjects which are about passion.

The football World Cup finals and the Olympics are amazing celebrations of internationalism. They were global before globalisation. No language or religion reaches as far as sport does around the world.

Sport is many things but itâ€™s very rarely dull. Yet I bet I could manage it.

*Ten years ago there was hardly any direct investment in school sport. Since then, over Â£4 billion of Government and Lottery funding has been spent on sport at local and national level.

The statistics never really tell the story. Let me remind you of one of our five promises when we won the bid to host the Olympics: to create a world-class sporting nation.

I like to think of it as a pyramid with school sport as the first part of that.

We have set out an ambition, which we have backed with funding, to offer at least 5 hours of sport every week, to every child. Thanks to the work of the Youth Sports Trust and your hard work we have a world class PE and school sport system within our reach.

So, I want to offer you my heartfelt thanks for the commitment and passion you have brought to your work: we are building a world-class school sport system.

And despite the disappointments of the last week on the football field we are on the way to having a world-class elite sports system.

But donâ€™t just take my word for that. Last week our great sporting rivals the Australians said that Britain was making â€œdramatic advancesâ€ at their expense and announced that they were upping their game to keep pace.

So itâ€™s clear that weâ€™re on the way to having a world class school sport and elite sport system but what we now need is to create a world-class community sports system. And that can be one of the biggest legacies of that great day in Singapore: to create an Olympic generation, to make sure that over the next five years when people of all ages get inspired to take up sport, there are clubs, facilities and coaches ready to welcome them.

Today, I want to talk to you about how we intend to make that vision come alive. It depends on two important insights: first that sport matters in itself and, second, that competitive sport is a good thing.

So, first, we need to be clear why weâ€™re all here. It is because we share a passion for sport. This isnâ€™t necessarily

true of every subject. No doubt there are plenty of people with a passion for geography, but I doubt they are as many as those who love sport.

I think it is important to establish this, not just to swap compliments with you, but because too often sport is justified on the basis of its spill-over benefits.

There is, of course, a good argument that sport is important because it enhances analytical ability, leadership and teamwork: or that literacy and numeracy can all be taught with examples drawn from sport. The justification for sport is in the Education Department.

There is a good argument that sport is important because it helps us deal with crime by diverting young people at risk away from trouble. The justification for sport is with the Ministry of Justice.

We hear too that sport keeps the voluntary sector buoyant. Nearly 2 million people give at least an hour a week to sport. They sustain over 100,000 affiliated clubs in England, serving over 8 million members. The justification for sport is in the Communities Department.

And yes, sport does have all these other benefits and Iâ€™m delighted about that. But they are not the reason we love it. They are not the reason the Government is committed to it. Sport is a joy and a passion, not because we can learn about Newtonâ€™s laws through the movement of a snooker ball, but because of the beauty of sport itself.

And part of that beauty is the competitive nature of sport.

Iâ€™ve always been confused over the debate about whether sport should be competitive. Sport is competitive. Itâ€™s like asking whether dancing should contain movement.

Iâ€™m delighted weâ€™ve put behind us the damaging notion that competitive sport is bad for children. Sport teaches children how to win magnanimously and how to lose graciously.

Sport is about playing: the fact that, in the end, itâ€™s a game is precisely what makes sport such a great arena for learning. It teaches children how to observe a code of rules, the importance of subordinating your personal desires to a team and the role of authority. Indeed, like most areas of intense competition, sport of course teaches people how to co-operate effectively.

For a long while we lost sight of these basic points. A combination of some well-meaning theories and an ill-disposed Government led to a decline in the infrastructure of competitive sport.

We will never build a world class community sports infrastructure unless we are clear that sport is a good thing and competition is a good thing. So what do we do?

There is an old management axiom that the man who has five priorities has none. That is why I am categorically sure that the purpose of Sport England is to deliver sport in England. Call me simple-minded but surely thereâ€™s a clue in the name.

There should be a clear focus on sport development and sports participation.

We are announcing the start of this process with a review of Sport Englandâ€™s strategy to focus the delivery of an excellent sporting infrastructure from the grass roots up. That means creating excellent national governing bodies, clubs, coaches and volunteers, supported by the investment we’ve already made in facilities.

And the sporting bodies in our country will be critical. My offer to them is clear. We want

to create whole sports plans, with a single funding pot. We will free them up from the bureaucracy and bidding that they complain about today.

But, in return, they will need to commit to clear goals to improve participation, coaching and the club structure. And in particular, they will need to show how they will reach groups who do less sport today, whether women, poorer groups or some ethnic minorities.

Of course sport has a role to play in tackling wider social problems. The rise of obesity is key amongst them, which the government is taking very seriously indeed. The DCMS is playing its part in raising participation in PE and school sport. But we canâ€™t reduce obesity by ourselves.

That is why, I have agreed with the Department for Health and the Chief Secretary to the Treasury that we will work closely over the next few months to ensure that all relevant Government departments are working together to deliver a physical activity strategy for all. This work will provide absolute clarity of the roles and responsibilities for all the different organisations to meet our aim of 2 million more people being more active by 2012.

But sport can only play its full role in tackling social problems, if we invest more in community sport.

I want to make it clear that there isnâ€™t a contest here between the elite and the grass-roots. This is about making sport excellent for everyone who wants to take part.

I genuinely believe sport could be on the threshold of a heralded era in this country. We have the perfect catalyst because, less than five years from now, we will host the Olympic and Paralympic Games. Then, two years later, the Commonwealth Games will be held in Glasgow. We have the prospect of the Rugby, Cricket and Football World cups coming to these shores.

We are at the dawn of an incredible decade of sport. And we would not forgive ourselves if we failed to create a community sports infrastructure to capitalise on that decade: to take the enthusiasm of those who watch our sports stars and turn it into a lifetimeâ€™s commitment to sport.

Seb Coe tells a story about how when he and Daley Thompson returned to the UK after their Olympic glory they went back to their sports club in Haringey.

They found a queue 50 metres long of young people who had been inspired by the Olympics to get involved. And Seb talks of the heartbreaking sight of the club turning young people away because they just didnâ€™t have the capacity.

would we feel in five years’ time?

We never have had a better opportunity to enthuse a whole generation about sport. Just under four and a half million children will leave school between now and the summer of 2012. We must be able to meet the ambitions of this “Olympic Generation”.

The PM recently announced Â£100 million additional funding which will provide children with more opportunities to be coached by qualified sports coaches; to take part in competitive sport; to provide provision for children with disabilities; to improve sport outside school.

We are appointing a national network of 225 competition managers. They are establishing links with yourselves, with selected national governing bodies and with Sport England. We want to increase the amount of competition and will support it with better clubs and coaching.

The first UK School Games were held in Glasgow in September of last year. They will take place in a different city each year until 2012.

Together we can match our passion as spectators to a renewed passion for taking part. I can see how we get there. We need to give all children a good grounding in PE and sport at school. We need to clear the path for talented children to progress to higher standards. And then we need world-class clubs helping young people to progress into adult sport.

The years in front of us are very exciting. Iâ€™d like to end by thanking you all again for your continued dedication and commitment in everything you do. As a government we have always taken sport seriously. But itâ€™s not a clichÃ© to say it canâ€™t be done without you.

Facilities are no good without coaches; programmes and funding packages are a waste without the ability and commitment of the people who put them into practice.

Our sports policy has a simple and powerful idea at its core: the idea that if you have a talent we will remove every barrier in your way to help you achieve.

Competitive sport is a perfect meritocracy. The best rises to the top. But everyone has the chance to do their best. We want everyone, at all levels of ability, to find that passion. That is the beauty of sport: to fulfill our potential.

Winning, losing, taking part, being as good as we can be.