Rupert Cherry, who spent much of his working life 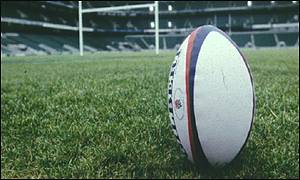 writing on rugby football for the News Chronicle and then the Daily Telegraph, died on December 8. He was 100 years old.

Cherry’s funeral will be at the Chilterns Crematorium, Amersham, on December 17 at 12.15pm.

Cherry started in journalism before the Second World War at the Gloucester Citizen, writing a West Country sports column. He moved to Fleet Street to work as a sub-editor on the sports desk of the News Chronicle and also produced a weekly column, again on West Country sport.

After the closure of the News Chronicle in 1960, Cherry moved to the Daily Telegraph and eventually became deputy to the chief rugby writer, Tony Goodridge, and continued to work on the circuit to beyond his 70th birthday.

One of his great loves in rugby was the Hospitals’ Cup, where he had a long relationship with the teams and their supporters over the years, so much so that on one finals day in Richmond, while one group of students carried banners saying “Guy’s for the Cup”, others hoisted banners saying “Rupert Cherry for Editor”.

Cherry edited Injured Pride by Chris Rea and the late Carwyn James, the story of the 1980 British Lions in South Africa – a book which is still available on specialist websites.