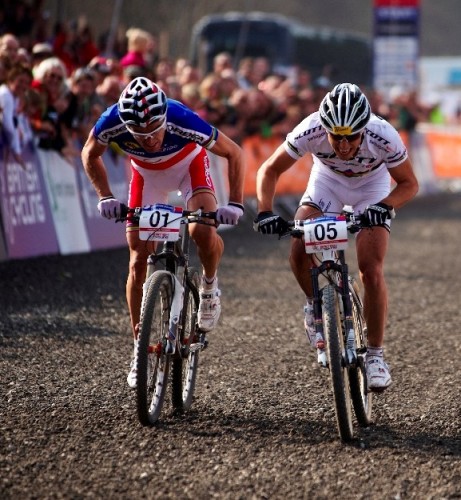 With less than two months to go to the 2011 Mountain Bike World Cup in Yorkshire’s Dalby Forest, British Cycling has launched the official event website and with it more detail about all the exciting elements that make this the biggest date on the British mountain biking calendar.

Fresh from receiving recognition as the “best cross country round” of 2010, the second round of the 2011 UCI Mountain Bike Cross Country World Cup returns to Dalby Forest in Yorkshire on May 20-22 for a weekend of jam packed action.

An enthusiastic crowd is expected to descend on the town of Pickering for the return of urban style street racing in the Pro Sprint Eliminator, which kicks off the action on Friday night (May 20), before the weekend culminates on Sunday (May 22) with the main showdown; the Elite Rounds of the World Cup.

Saturday once again sees the juniors kick off the competition in the forest whilst for the first time the Under 23 men will compete separately from the elites with their race adding a further incentive to attend the World Cup on the Saturday.

Check out www.mtbworldcup.co.uk – the official event website, where there’ll be everything fans need to know about the event, including a series of exclusive features with riders, journalists and coaches, an expert’s look at the course and tips on where best to stay.