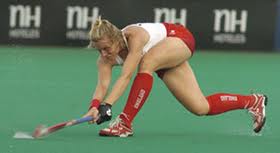 Hockey has its own archive museum, realising the dreams of a number of enthusiasts.

The museum is at Butts Road in Woking, where Woking Borough Council and its enterprising museum, The Lightbox, have made the site available at peppercorn rent and provided valuable guidance and help.

It has come about largely through the energy and initiative of a group of enthusiasts. Two pairs of people, Mike Smith and David Wareham on one hand, and Patrick Rowley and Dil Bahra, on the other, with largely the same objective of working to preserve hockey’s rich heritage, met four years ago and formed a Hockey Archives group.

The group expanded to include Katie Dodd, the former England international, and Ian Wilson, the Treasurer of England Hockey.

The group’s progress is measured in the launch of the website www.hockeyarchives.co.uk, and the establishment of the collection, spanning the 125 years of hockey’s existence. It consists of books, magazines, photographs, videos, drawings, paintings, plus trophies, plaques, and the changes of hockey clothing, balls, and sticks – even hockey stamps. “Some fascinating, even unique, things came into our possession,” said SJA member Rowley, who relates that the group is also in the process of obtaining extensive statistical records for the UK and international hockey.

“This is not just about the higher levels of our game,” Rowley said. “Our collection is a montage of hockey at all levels.”

Rowley and Bahra, as members of the Hockey Writers’ Club, had become increasingly aware of the dearth of readily available information on the game; Rowley’s quest for a better source of archive material began in 1969, when he wrote The Book of Hockey. Bahra was particularly interested in India and the sub continent.

The initial driving force for the museum came from Mike Smith, of Mercian sports goods, and chartered surveyor David Wareham, a former hockey umpire and official. When Dodd joined England Hockey, she tried to pull together a historical display of women’s hockey. Her energy and drive made her a natural leader for the group.

Wilson was responsible for trying to save what records of England and UK hockey existed when England’s National Stadium at Milton Keynes was sold. He played a major role in making sure hockey literature was found a home at Bath University.

The website has been sponsored by Denys Shortt, the former England Under-21 international, through one of his businesses, one of many in hockey who are supporting the venture.

Rowley says that the museum is always seeking new contributions. “So if you know of anyone, wherever they are in the world, who would like to join us in our initiative or provide memorabilia, don’t hesitate to get in touch. Just look under Contacts on our website.”

Hockey now has two collections of archives. We played an important role in the setting up of the hockey section for Bath University’s sports library where their archivist Lizzie Richmond has done a wonderful job.

“Our next venture will be to make a display to have on view, possibly in central London, in time for the Olympics,” Rowley said. “Soon we will seek to secure individual donations while currently we are working to make the Museum a Charitable Trust.”