Owen Gibson, The Guardian’s chief sports correspondent, has been banned from attending the European Games, which begin in Baku, Azerbaijan, tomorrow. 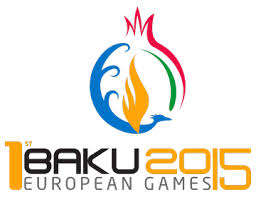 The oil-rich former Soviet state has a poor reputation among human rights groups for its repressive attitude on civil liberties and press freedom, and the appropriateness of the choice of its capital city as host of these inaugural European Games was widely questioned. But with the Azeri government building many new stadiums and venues, and bank-rolling the attendance of around 6,000 competitors from 50 nations across Europe – including 160 from Britain – the continent’s Olympic officials opted to take their new sports festival to Baku despite the warnings.

Last September, the United Nations sub-committee on torture suspended its visit to Azerbaijan, citing official obstruction in visiting places of detention. The European Union, United States and other international organisations have repeatedly expressed concern about the country’s attitude on human rights and media freedom.

Human Rights Watch’s report on Azerbaijan can be read here. The organisation claims that the autocratic regime which runs the country has embarked on the worst crackdown seen in the post-Soviet era, claiming that in 2014 the Azeri government prosecuted or jailed at least 35 journalists and human rights activists on unfounded charges.

The Azeri government’s ban of The Guardian could mean that there will be only one staff reporter from a leading British newspaper attending the Baku Games, although agencies and feelances are believed to be attending.

The event organisation includes many experienced figures from the UK, including Simon Clegg, the former chief executive of the British Olympic Association who is working in Azerbaijan as the Games’ chief operating officer, and Colin Gibson, the former Sunday Telegraph sports editor, who is Baku’s head of publicity.

Importantly, the ban on The Guardian by the Azeris could have wide-ranging consequences for football journalists working for the rest of Britain’s news media, as Baku is scheduled to stage four matches in UEFA’s Euro 2020 tournament.

The Guardian had applied for accreditation for Gibson six months ago, when the process opened. Flights were booked and accommodation in the media village confirmed by the organisers.

It was 6 o’clock this morning before the final decision to abandon efforts to staff the event was taken, as no accreditation documentation – and therefore entry visa – had been provided.

According to The Guardian, the organisers confirmed last Friday that the delays were because Gibson was subject to government background checks. The application was only formally declined this morning, shortly before Gibson was due to take his flight. The newspaper believes that the decision is linked to a previous assignment to the country, in December, to examine the preparations for the £700-million budget Games, when Gibson met government critics, including another journalist, Khadija Ismayilova, who has since been arrested and jailed.

The ban on The Guardian is the second significant embarrassment for the European Olympic Commttee and its president, the Irishman Pat Hickey, in two days. Yesterday, the Netherlands withdrew as hosts for the planned 2019 European Games. The Dutch had been the only bidders.

Today, the EOC said the ban on The Guardian is “completely against the spirit of sport”.

They said, “It is always a matter of concern when a sports journalist wishing to cover a sporting event is refused access. Now that president Hickey is in Baku, he will be urging the highest levels of government to take the necessary steps to ensure full and free reporting on Baku 2015 for all media wishing to cover the European Games.”

Though they might have considered doing that before they awarded the Games to Baku.