DAVID WALKER, the sports editor of the Sunday Mirror, is attending today’s funeral of Sir Tom Finney in a number of capacities, including as a representative of the SJA. Above all, he is attending as someone who was privileged to be a friend of a truly great man 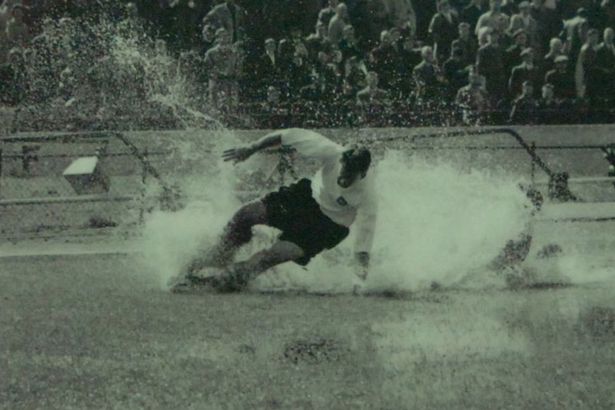 It was a different era. A time when young sports reporters were taught to go to work booted and suited. A time before agents and PR advisers. A time when you could wait in the Anfield foyer for the players returning from Liverpool’s training session.

They would climb from the old team coach, meander towards the dressing room and arrangements for an interview could be instantly struck with the most famous player in that foyer.

During my first season on the road Bill Shankly was the manager of Liverpool . My mentors had pointed out that while I must always introduce myself to the great man, he was invariably in a rush and would rarely adhere to an ad hoc interview with a young reporter he didn’t know.

However, when Mr Shankly invited you into his office for a chat, you seized the opportunity and postponed all other commitments.

It was through one of these “Do you want a cuppa tea son?”chats in the manager’s office that I became truly aware of the genius of Tom Finney. I’d never seen the England star play. A schoolboy mate, who was a Preston fan, used to bore me with tales of how great Tom Finney was but I failed to take his view on board. When Bill Shankly uttered his, typically forthright opinion, I was hooked.

“Tommy Finney is the greatest English footballer ever to walk on a pitch,” was Shanks’ emphatic view. “And son, more than that, Tommy Finney is a truly fine man.”

Shankly had, of course, been Finney’s team mate at Deepdale. Post-Shankly, Preston had a team that would reach the FA Cup Final and finish runners-up in the old First Division. A good team but everyone in football knew Finney was the man who made them special. North End fans knew it, too.

A couple of years later I was covering a match at Preston. Afterwards, on our way home, I bumped into Tom Finney on the staircase inside the old main stand. Following my established blueprint I introduced myself, shook hands and expected the legend to smile benignly and move along. Not Tom, as he told me to call him.

No, Tom looked me in the eye and discussed the match we’d just seen.

Told me how he liked the young Scots forward called Alex Bruce, how he hoped a new era of success might be around the corner for his beloved North End and what a god job the Scottish scout, Jimmy Scott, was doing in finding the likes of Archie Gemmill, Mel Holden, the Baxter brothers and the aforesaid Bruce.

All the while Tom engaged you with these sparkling eyes. He was so incredibly friendly and interested. You felt privileged to be in his company yet, for a great man, he was so self-effacing and open.

Fortunately, that was the first of many meetings with England’s greatest footballer. We reached the stage where Tom passed on his phone number with the encouragement that “any time I can help you with a piece, just give me a call”.

Later in his life Tom was deservedly knighted. Amid the debate about who truly deserves a knighthood, nobody could dispute Finney’s status.

I’ll be in attendance at Sir Tom’s funeral. I suppose I’ll be there in three capacities, as sports editor of the Sunday Mirror, chairman of the Sports Journalists’ Association and as a distant friend of the great man.

He probably never knew the influence he had on other people with his warm, caring, friendly attitude to even the most callow, young reporter. He set a standard in his conduct and bearing few, if any, others have matched.

To those who dismiss Finney’s death as the inevitable passing of a once great footballer I point out the post bag my newspaper received in the days following his death. We were deluged with letters from fans – most with no connection to Preston – who wanted to publicly express the way Sir Tom had affected their lives.

Perhaps we all now recognise how blessed we were to have known a truly great man.

When the FA decided to launch their Respect Campaign the man who epitomised the values they wanted to re-establish was Preston’s most famous son. He played the game like a prince. He represented the game in the most impeccable manner.

He remains the only player who turned out for England in all five attacking roles. As Shankly opined: “The greatest English footballer ever to walk on a pitch.”