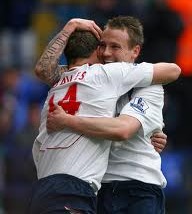 One of high-flying Bolton Wanderers’ talent-spotters has left the football club following publication of a book which takes a behind-the-scenes look at Premier League scouts and how they work.

Les Padfield’s book is Scouting for Moyes: The Inside Story of a Football Scout. He says: “I’ve been told that the book was shown to manager Owen Coyle. It wasn’t chief scout Colin Harvey who phoned me, but I was told my contract had ended because of cut backs.

“It seems a bit odd to me because I offered to work my month’s notice – I had two or three games – but was told I had to go straight away.  I’m wondering if it’s because of some of the things I said about the players and the Bolton hierarchy. Maybe they haven’t got a sense of humour.”

Padfield began his scouting career at Preston North End under then manager David Moyes, before moving to Southampton under Glenn Hoddle, and then working for Gary Megson.

Padfield became one of Megson’s most loyal and trusty scouts in a career that took him to Stockport County, Stoke City, West Bromwich Albion, Nottingham Forest and finally Bolton Wanderers. He has been with Bolton for three years. 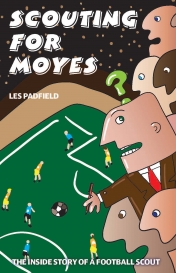 Scouting for Moyes, Padfield’s warts-and-all account of scouring the country for potential transfer targets, preparing match reports on forthcoming opponents, and seeking out the next generation of Premier League superstars, has been praised for its honesty and self-deprecating humour.

Scouting for Moyes: The Inside Story of a Football Scout by Les Padfield (Sports Books Ltd, £8.99) is out now.