The 2011 edition of Wisden, due to be published next week, will be missing at least one traditional ingredient, with just four Cricketers of the Year named, instead of the usual five. 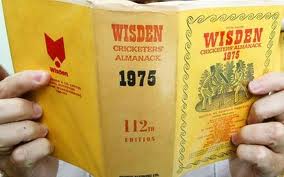 Scyld Berry, in his final year as Wisden Editor, took the decision to break with a tradition begin in 1928 rather than include one of the disgraced Pakistani players who have already been banned for five years by the International Cricket Council, and who still face criminal charges in England over allegations that they took bribes for spot fixing during last summer’s Test series.

“Selecting only four Wisden Cricketers of the Year had to be done this time, because I did not think a player could enter the hall of fame after being found guilty of a serious violation of the International Cricket Council’s code of conduct, and banned,” Berry, the Sunday Telegraph‘s cricket correspondent, wrote in the daily paper today.

The players chosen by Wisden include Jonathan Trott, Chris Read, while the selections of Eoin Morgan and Tamim Iqbal also create histor, as only the second Irishman (albeit helping England to win its first global trophy with the World Twenty20) and Bangladeshi to be named Wisden Cricketers of the Year. Wisden only ever picks players for the award once, meaning the bulk of the current England side are ruled out of contention.

Of Tamim, “Not once in Australia were England’s Test bowlers crashed and trashed as they were by Tamim in his two hundreds at Lord’s and Old Trafford,” Berry explained.

The fifth player was going to be Salman Butt, Mohammad Asif or Mohammad Amir, Berry says, “until they were banned by the ICC’s independent tribunal for the bowling of deliberate no balls in the fourth Test at Lord’s.

“Which one of the three was selected? I am not going to say because it would not be in keeping with cricket’s tradition of fairness.”

Berry writes: “Breaking records is healthy. Breaking traditions is a grey area. And selecting only four, not five, Wisden Cricketers of the Year was not a decision I took lightly because the honour is the oldest in cricket.”

The suspicion has to be that Amir, the teenaged left-arm fast bowler who impressed so much with most aspects of his play during the England tour, is the player to have missed out.