A row has blown up over a decision by The Cricketer magazine, organisers of the Davidstow National Village Cup – which counts the Daily Telegraph among its sponsors – to allow one club to proceed to the semi-finals despite fielding an ineligible player. 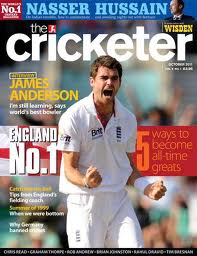 In previous rounds Staffordshire side, Milford Hall, had used a former Minor Counties all-rounder, Guy Bulpitt, despite him not being qualified for the competition. Last Sunday, Milford Hall beat the Derbyshire club, Elvaston – previous winners of the National Village Cup – by 82 runs with Bulpitt in the team.

When his ineligibility was discovered, the Elvaston scorer, Dave Bull, wrote to The Cricketer in his capacity as chairman of the Derbyshire Cricket Board, saying: “I am not seeking reinstatement of Elvaston CC, as there are many clubs who have been unfairly prevented from progressing in the competition this year. What is not right, however, is the continued participation of Milford Hall.

“Additionally, to show that such breaches are not tolerated, it is time to introduce a more substantial sanction to discourage breaches, thus preserving the integrity of the competition.”

The Cricketer’s Francis Kelly told Elvaston: “We’ve decided that Milford Hall shall be allowed to continue in this year’s Davidstow Village Cup but that Guy Bulpitt can take no further part in the 2014 competition. While Guy doesn’t conform to the eligibility criteria in this year’s rules, having played List A cricket some time ago, which he and Milford Hall should have been aware of, the playing of this level of cricket has only been banned from the competition this year.

“The frustrations felt by Elvaston and for the other sides who have already played Milford Hall are understandable and we will be changing the rule so this does not occur in the future.”

Derby Telegraph cricket writer, Colston Crawford, commented: “The Cricketer is a worthy and well-respected magazine but its staff are doing themselves and the sport at grassroots level no favours with the way they administer the National Village Cup competition.

“The Cricketer’s stance leaves the door open for a club merely to plead ignorance if they are caught using an ineligible player.

“The first time Elvaston won it, in 1994, they saw off 700 other clubs to do so. This year, the entry was 320. One of the reasons for the drop-off in entries, assuredly, is that repeated incidents like this one are blighting the competition.

“It’s a nettle The Cricketer have to grasp if the Village Cup is to survive and to have any credibility.”