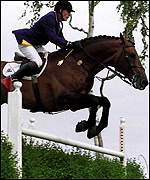 As many of you will know, Alan Smith, who is retiring at equestrian correspondent of the Daily Telegraph at the end of 2008, after 48 years, is also retiring as chairman of BEWA, and Genevieve Murphy and Judith Draper are also retiring from the committee.

So new members will be needed for the committee, and although the present co-opted members, Dennis Cunnington, Kate Green and Lucy Higginson, are being suggested, any other nominations are welcome.

The important thing is to have a strong, representative turn-out at the AGM, and of course also at the lunch, where numbers are limited so an early application is advised.