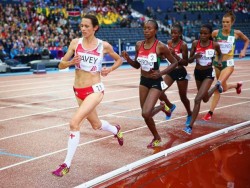 The British Athletics Writers’ Association annual meeting, held in Birmingham on Sunday during the national championships, elected a new committee for 2015-2016.

Mark Woods, the Edinburgh-based freelancer and SJA member, was appointed as chairman, with Nicola Bamford put in charge of the association’s newsletter and Martha Kelner, of the Mail, elected to the new-look committee.