Studying sports journalism, or under 24 and just starting out in the industry as a writer, photographer or broadcaster? This could be for you. 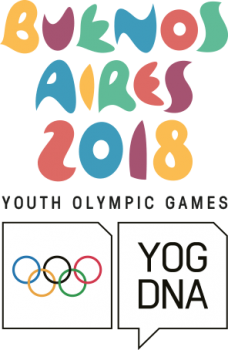 The first step is to get in touch with your National Olympic Committee, which will nominate young reporters to the respective Continental Association on the basis of passion, performance and promise. Two male and two female journalists will be selected from each continent with extra places allocated for the hosts of Buenos Aires 2018 and Lausanne 2020.

The IOC will cover the cost of economy airfares, all meals, twin-share hotel, accommodation and full tuition by seasoned Olympic journalists, who will act as mentors and coaches.  The successful candidates will arrive in Buenos Aires on 30 September and depart 19 October 2018.

The integration of social media, coding and the use of algorithms will form a core component of the training, giving participants all the tools required to work in today’s evolving newsrooms.

Past young reporters from the first and second cycles at Singapore 2010 and Nanjing 2014 have gone on to great things, with many covering the Olympic Games in a professional capacity and landing jobs presenting TV and radio shows, writing columns and travelling the world in the name of sports journalism.