From Philip Barker in Singapore
The first Youth Olympic Games came to an end here tonight with another spectacular ceremony on the water front. 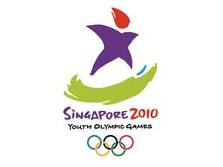 This was an unforgettable fortnight. From the moment that young Singaporean sailor Darren Choy lit the flame at the Opening Ceremony, many of the participants have taken Jacques Rogge  at his word, “Have fun “.

Rogge has championed these Games for 14- to 18-year-olds since becoming IOC President in 2001, so his comments of congratulations today were unsurprising.

“We are extremely pleased with this inaugural Youth Olympic Games, hats off to Singapore who has organised this in little over two years,” said the IOC President.

“We had world-class sport, we were very pleased to see the athletes embrace the cultural and education programme.

“We were also very pleased about the universality of the Games, 93 national Olympic committees won medals and new countries on the podium is very important to us.

“Overall it has vastly exceeded my highest expectations. I knew it would be well-organised but I did not expect this level of perfection. Of course we are not complacent, we will learn a lot from these Games,” Rogge said.

YOG produced several Olympic innovations. The IOC Young Reporters programme had 29 teenagers from a range of countries do the rounds each accompanied by IOC “experts”.  Lord Coe has invited the best of them to work in the MPC at London in 2012.

“The Youth Olympics are a work in progress, but by the day, the decision to embark on this project looks a good one,” he said.

Charlotte Samson, 13, from the United States, was possibly the youngest reporter ever to receive an Olympic E accreditation. She wrote for her school’s website and filed on the progress of her big sister Margot in the windsurfing.

A notable absentee from the whole affair was Dick Pound, the former IOC vice-president, who along with many felt unhappy with the whole idea of high-pressured Games for such young children – one country even offered cash bonuses for medal-winners. Pound opted not to come.

In the main, Singapore used existing venues, but they pushed the boat out in some areas. They will never stage the Olympic Games themselves, and with the possible exception of the F1 Grand Prix, this was the biggest thing in these parts for years.

They welcomed the Press to the top floor of the impressive Marina Bay Sands complex, a lavish  conference centre complete with canal and gondolas going nowhere in particular.

The idea that the next Youth Games are to be held in 2014 in Nanjing, China, will also not please everyone. The Chinese will surely throw money at them, but veteran IOC member Peter Tallberg, of Finland, would prefer smaller countries to get involved.

“I think it should be nations that do not have the same possibilities to organise the Olympic Games should organise these these Games,” he said.