The British media contingent will be much smaller than in London, but the Winter Olympics in Sochi next year are set to be a major news story regardless of what happens on the ice and snow. 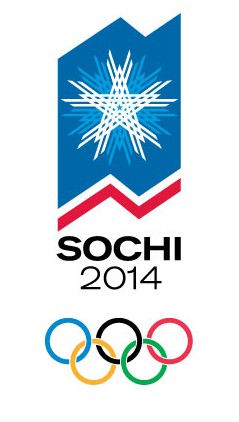 It was never going to be anything else after the Russians announced their legislation on “gay propaganda”.

One of the first challenges for many reporters will be to locate the “protest zones”, announced by local organisers. These are, as the name suggests, where agitators might go to make their positions known publicly. But, as in Beijing in 2008, those wishing to protest have to apply to the authorities first for permission…

Thomas Bach, the president of the International Olympic Committee, has welcomed the protest zones – the Olympic Charter forbids discrimination of any kind, but also does not allow political protest at the Games – but no location details have been released about these zones, except that it will be somewhere in Sochi.

Rule 50 of the Charter says, “No kind of demonstration or political, religious or racial propaganda is permitted in any Olympic sites, venues or other areas.” It is the “other areas” element which will be soft-pedalled. No action will be taken against Olympic athletes who participate at the protest zone or outside official Games areas.

This is being presented as something new, although the then IOC president, Jacques Rogge, said much the same in Beijing.

The IOC insists that there must be no protests in Olympic arenas, but the Americans have already upped the stakes. NBC will no doubt train a camera on Billie Jean King when she marches with the United States team at the opening ceremony on February 7. Even if there is a “Black Power”-style demonstration , it seems hard to imagine quite how the IOC today could discipline anyone who did so.

For all the media training, questions on the subject will be difficult to ignore.

The British Olympic Association will again have an office in the main press centre, with the familiar figure of media chief Darryl Seibel. He’ll handle the high demand ticketed events which so far include opening and closing ceremonies and, as usual, the figure skating. Unsurprisingly, much of the ice hockey is also high demand, even the preliminary Russia v United States match. Everything from the quarter-finals will be ticketed.

For those who wish to brush up on Winter Games, try the BOA’s Road to Sochi pages which include guides to each sport. They’re featuring one each week up the Games.

Qualification for snow sports and sliding events continue, so final team announcements won’t happen until late January. The British team could number more than 50, as it did in Vancouver in 2010. There will be media opportunities at kitting out days to be held in Stockport and Bath .

For those making late arrangements in Sochi, some official media hotels are still available, prices start at around £103 per night, but up in the mountains, it is fully booked.

As it did in London, the BOA will operate a “managing victory” programme, though this time round it might be more of a case of managing expectations. Only three times since 1936 (in 1948, 1994 and 2002) has Great Britain returned from a Winter Olympics with more than one medal.

“There is lots to be excited about,” said chef de mission Mike Hay. “We definitely have more strength in depth across more disciplines than we have had before.”

During Games time, the Team GB news service will provide news stories on every home competitor, provided by Sportsbeat.

There’ll be press attaches in each of the main sports clusters. As Sochi is four hours ahead of GMT, the BOA press office in Charlotte Street will also be useful for British sports and news desks. They’ll also organise the welcome home press conference scheduled for the Sofitel at Heathrow’s Terminal 5 on February 24.

Sochi press operations chief Michael Demin joined British journalists via a Skype link and impressively cued in a slide presentation and virtual tour of the Sochi venue shuttle transport from 1,900 miles away. Such a presentation would have been impossible only 10 years ago.

The main press centre will offer free wifi but there is a charge of 4,000 roubles (about £75) for cabled internet, which may be the better bet, especially on busy days. A local sim card is also vital as Russia is not part of Europe for mobile phone purposes.

The rouble is the currency of choice within Olympic installations and as in London, only Visa credit and debit cards can be used.

At the coastal cluster, an Olympic park hosts ice sports and the opening ceremony, which as in Vancouver will be held indoors.

The main media centre is spread over two floors and opens one month before the Games. It begins 24/7 operation two weeks before the opening ceremony. Those who found the “intelligent” MPC lifts a challenge in London will be relieved to see the return of escalators.

As usual this is the only Olympic zone where non-rights holding television crews are permitted to record and film. The same arrangement applies to the Gorki media centre in the mountain cluster, which will be a first.

As at previous Games, the IOC will also release eight passes for the Common Domain (aka Olympic Park) to non-rights holder crews on a daily basis. There are restrictions on what they are permitted to film: live or “as live” pieces to camera are not allowed.

The rules are tricky for written media, too. Using your mobile device as a dictaphone in mixed zones is fine, posting the audio is not.

Gathering interviews will, as always, be a waiting game, though a flash television interview with medallists, provided by the Olympic News Channel will be beamed to the tribunes, useful if you are chasing a deadline.

After competition, a flower ceremony at each venue precedes the mixed zone. The gold, silver and bronze medals will be presented at the “Medals Plaza’’, something that has been very popular at recent Winter Games.