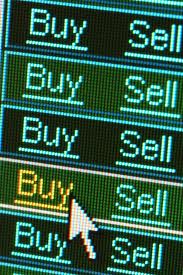 MARK DAVIES says all sports, from racing to cricket, to the Olympic Movement ahead of London 2012, need to work alongside the betting industry, rather than attacking it

I see from Paul Kelso’s column in the Daily Telegraph that the IOC is concerned that betting gangs will target the 2012 London Olympics.

I was amused by the line that says, “IOC president Jacques Rogge has repeatedly warned of the danger to the integrity of the Olympic movement potentially posed by gambling issues, in particular the threat that illegal bookmakers could attempt to corrupt athletes. He first raised the issue as a priority in 2007” because I wrote to Rogge on June 23, 2004, “to suggest a way that the IOC can strengthen the integrity of the forthcoming Olympic Games, as regards the athletes and any possible suggestions that there is betting taking place on outcomes, in clear breach of IOC rules”.

I told him that “I spoke immediately after you at last year’s IOC Conference in Madrid, about how sport should use the tools at its disposal” to combat potential problems. And although I had no luck ahead of Athens, I then subsequently went out to Lausanne to present to the IOC in May 2005, following it up with a letter in June which laid out a nine-point strategy for addressing betting issues. And I wrote again ahead of Beijing.

I shouldn’t stir. To be fair, the IOC has looked at betting issues a lot over the years, and I have spent a lot of time on the telephone discussing potential solutions with some of their directors. They will know, therefore, that I am highly sceptical of their Swiss-registered service, International Sports Monitoring, which “has an agreement with bookmakers from across Europe and the world to share instances of irregular betting on any events, allowing the sports governing bodies to investigate potential fixing of results”.

As Kelso explains, “ISM receives information from traditional bookmakers on the volume and type of bets placed, but is not passed the identity of the individuals placing bets through those channels”.

To some extent, though, I have sympathy with the IOC: they can’t get access to the information that they need from the vast majority of betting operators. And in that context, most will argue that an early warning system is better than nothing.

But given that it allows people to think that something is being done, when actually nothing effective is being done, I’m not sure that that is true. There’s a better solution, but it would take a big leap of faith on the part of the sports. That solution is for the sports to lobby in favour of betting, and its proper, open, regulation, worldwide.

Sound crazy? That doesn’t mean it doesn’t make sense. Because sport and betting should be on the same side.

Both want clean sport. Both want sport promoted. And both suffer from scandals like the Pakistan sport-fixing allegations in the papers at the moment. It is wrong to put sport on one side of the line between good and evil in a betting context, and the bookmaking industry on the other.

I accept that for sport to lobby in favour of betting would require an enormous change of mindset. The chairman of the Sports Rights Owners’ Coalition allegedly opened a meeting earlier this year with the words,”you have to remember that these people [in the bookmaking industry] are basically evil”.

But that sort of view is based partly (mainly?) around a dispute over money: SROC, as its name suggests, believes that betting should be paying sport for a “right” to bet, on the grounds that betting wouldn’t exist if sport didn’t exist first. Betting argues that for every industry, there are peripheral industries created, none of which pay the founder industry a fee.

On that particular debate, I am firmly in the camp that sport’s quest for money is a demand for “money for nothing”. But that isn’t the same as saying that I think that there are no circumstances in which betting should ever pay sport.

On the contrary: what I’d like to see is a partnership, where the foundation on which payment is based is not “you exist because we do”, but “we are partners, and we work together to grow both our industries”.

I think that that is very different from asking for money while hitting the payer on the head with a hammer – the approach taken both by SROC and by the BHA in England – and I think it is possible to achieve it if sport focused its lobbying on what it really needs. Because what it really needs is transparency in betting; and the best way to achieve that is to have a fairly regulated, open, consistent, and transparent market.

Consider it from the opposite angle.

By focusing on something other than the transparency which undermines corruption, sport compounds the problems. For example, SROC has been lobbying (on the grounds that it includes the payment to sport by bookmakers for a “betting right”)  in favour of regulation like there is in France, which discriminates between types of operator in a way which stifles innovation in the legal market and therefore, by definition, drives a portion of betting business underground.

It seems self-evident that the French legislation exacerbates the situation confronting the IOC: it takes betting one more big step away from where it can be seen by all. So if the focus of the sports’ lobby were purely on the integrity of sport rather than the desire for money, then (assuming they understand anything about betting) they wouldn’t be arguing for the French legislation. They would be lobbying for governments to stop trying to distinguish between betting companies on commercial grounds, and urging them instead to require consistent standards of transparency and protection from all operators, however competitively priced.

The IOC used to lobby against betting: back in 2005, it was a serious policy of the IOC to ask governments to ban betting on Olympic sports (they even had London write into their bid book that they would undertake all reasonable endeavours to restrict betting on the 2012 Games).

Now that it clearly understands the issues much more clearly, why doesn’t it turn its attention to lobbying for something that would really make a difference: it should throw its weight behind getting proper licensing for betting in a competitive, open, and fair, environment, and demand in exchange that betting in the legal market is tracked and the audit trails are made available.

Right now appears to be a good time to start: the Pakistani allegations have, I think, shifted perception decisively, because for the first time in relation to a scandal, there is a broad recognition that the problems of corruption lie not so much with betting as they do with fraudsters in the illegal markets. And the IOC clearly knows, intuitively, that it needs to be in this picture: why else would they have gone out of their way to reiterate, for the Telegraph, something that they put in place months ago?

So let’s see them use this opportunity to its maximum effect. Go on, M. Rogge: call on governments in Europe, Asia and the United States to regulate betting effectively, consistently, and proportionately, which they are not doing at the moment. It’s in the best interests of sport.

Mark Davies was one of the founders of betting exchange Betfair, one of the most successful start-ups of the past decade, the Queen’s Award for Industry-winning business that was established in 2000 and within three years was seeing £50 million-worth of bets being placed each week.

The son of SJA member Barry Davies, Mark Davies now runs his own company, Camberton, which advises organisations on the management of their reputations through building long-term relationships with the media, government and other key stakeholders.

He now writes a near-daily online diary about sport and betting, from which this feature is republished with permission.

One thought on “Mark Davies: “Sport should lobby for betting””