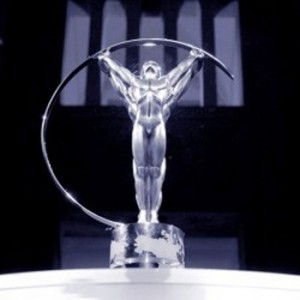 From Laureus
The 2012 Laureus World Sports Awards, the premier international honours event, is to be held in London on Monday, February 6.

The awards ceremony, which will be attended by some of the greatest names in sport, past and present, and broadcast to a worldwide TV audience, will be staged at Central Hall, Westminster. The winners are selected by the ultimate sports jury – the 47 members of the Laureus World Sports Academy, the living legends of sport honouring the greatest athletes of today.

Proceeds from the Laureus World Sports Awards directly benefit and underpin the work of the Laureus Sport for Good Foundation, which supports 89 community sports projects around the world that have helped to improve the lives of more than one-and-a-half million young people since its inception.

The Prime Minister, David Cameron, said: “I am delighted that the Laureus World Sports Awards are coming to London in 2012. These Awards celebrate the world’s top sportsmen and women and highlight the incredible power of sport to make a real difference to individuals and communities around the world. I can’t think of a better way to kick off our Olympic year.”

Boris Johnson, the Mayor of London, said: “I am excited that the Laureus World Sports Awards and the Laureus Sport for Good Foundation have decided to bring the Awards to London for 2012. Laureus and I share a commitment to making sport a positive part of everyone’s life regardless of age and ability. Celebrating the power of sport here in London with the world’s sporting superstars will provide the perfect start to our Olympic year and it marks the beginning of a real and long-lasting grassroots sports legacy for London and beyond.”

Laureus World Sports Academy Member Lord Coe, Chairman of the London Organising Committee of the Olympic and Paralympic Games, said: “I am thrilled that we are able to bring the Laureus Awards Ceremony to London next year. We are all hopi ng 2012 will be one of the most memorable years for sport in this country and we hope everyone who comes to London for the Awards will get a foretaste of the excitement to come.”

Edwin Moses, double Olympic gold medallist and Chairman of the Laureus World Sports Academy, said: “I am overjoyed that the 2012 Laureus Awards is to be staged in London. Sport is close to the hearts of everyone in London and the UK and that makes me very excited about bringing the Laureus Awards Ceremony to London in February.

Moses explains: “Laureus is already part of International Inspiration, the official legacy programme of London 2012, which is aiming to enrich the lives of 12 million children around the world by encouraging them to take part in physical education and sport and this will be yet another way we can show our support. The Laureus Sport for Good Foundation supports 10 community projects in the UK, including four in London itself.

“As our Patron Nelson Mandela has said ‘sport has the power to change the world’ and we will be sending a message from London around the world to show how sport can make a difference to the lives of every one of us.”

Members of the Laureus World Sports Academy volunteer their time to act as global ambassadors for the Laureus Sport for Good Foundation, whose mission is to use sport as the means to combat some of the world’s toughest social challenges facing young people today such as juvenile crime, gangs, HIV/AIDS, discrimination, social exclusion, landmines awareness and health problems such as obesity. Since its inception Laureus has rais ed over €40 million to support projects which have helped to improve the lives of over one-and-a-half million young people.

Laureus was founded by its Patrons Richemont and Daimler and is supported by its Global Partners Mercedes-Benz, IWC Schaffhausen and Vodafone.

Broadcast and Web quality Laureus content and programming, including VNRs, can be downloaded from www.laureusdigital.com