From UK Athletics
Edinburgh is to stage the World Cross-country Championships in 2008. The Scottish capital’s success will be a further boost to Glasgow’s ambitions to stage the 2014 Commonwealth Games.

The event, on March 30, will be run in Holyrood Park, where the European cross-country was staged in 2003. 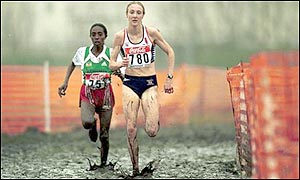 Scotland has long been involved in international cross-country. When the first International Cross-country Championship – the forerunner of the World Cross – was staged in 1903, Scotland was one of the four nations to compete. Jimmy Wilson, in 1920, was the first Scot to win the International title, and Ian Stewart, in 1975 was the last Scottish athlete to win the individual title at the event, which acquired world championships status in 1973.

The Scots continued to field a separate team at the World Cross until 1988, when the home countries were obliged to compete as a single British team.

Geoff Wightman, the chief executive of Scottish Athletics, wants to recall that running heritage in the staging of the event in Edinburgh.

“We are in the business of creating environments where our athletes and coaches can flourish. A world championship on home soil is an opportunity to taste the big time and inspire the 2012 and 2014 generation,” he said.

“To make this a high impact weekend of athletics we plan youth and community races and also to reintroduce the Home Countries international for athletes who missed out on the GB team.”