BEN NICHOLS, the senior manager in media relations and communications at the World Anti-Doping Agency, on the growing importance of the media’s coverage of drugs in sport 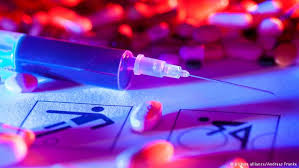 As the global anti-doping community becomes more and more accustomed to the anti-doping rule changes that took effect on January 1 with the introduction of the 2015 World Anti-Doping Code, there continues to be a great deal of reflection on the direction that clean sport is taking. Since they were agreed on by both sport and government in Johannesburg 18 months ago, and more so since they were introduced at the start of this year, the enhancements to the rules have been widely reported by media across all continents.

This has helped foster a greater understanding of where the focus now lies in anti-doping, and how the changes are being enacted: above all, through collaboration and transparency.

Greater collaboration that brings all partners – whether they be anti-doping organisations, athletes, laboratories, or indeed media – together in the fold was the underlying theme throughout WADA’s Anti-Doping Organization Symposium that was held in Switzerland in March. During the Symposium, there were discussions on anti-doping organisation-laboratory relationships; how athletes can confidently speak up about doping and finally overcome what was once known in the sport of cycling as the “omerta”; an interview from renowned New York Times reporter, Juliet Macur, with the most outspoken of clean sport proponents, Betsy Andreu; panel sessions on how anti-doping organisations can develop partnerships; and, an engaging discussion on how media can help the work of anti-doping organisations and vice versa.

All of these topics pointed towards a world of anti-doping in which so much more can be achieved through sharing ideas, assisting each other and being transparent about the challenges faced and the solutions needed to counter them.

As was agreed by members of the panel in Lausanne, there is now much better understanding of the rules and processes that organisations work with – and of course the importance of athlete rights that underpin those processes – and this has resulted in improved interaction between the two communities. If sport, government and athletes are seen as the three estates central to clean sport, then surely now media could be considered the fourth estate.

As the title of the WADA Symposium media panel would suggest, and as was confirmed by the consensus view of the panel members, media most certainly have an impact on the work of anti-doping organisations. Historically, and as recent events have shown, the media has played a role in not only educating the public on anti-doping, but equally importantly, bringing doping scandals to the public’s attention. As with any societal issue, the anti-doping community needs doping scandals from time to time to help shine a light on areas where problems may exist or may need further investigation; the recent BBC Panorama is just one example of this in action.

Investigative journalism plays a part in ensuring that sport doping scandals become visible, but revelations must be backed up by concrete evidence and facts that can be used by anti-doping organisations if they are to prove more than just good television.

It is interesting that in Germany, an anti-doping department was initiated within the broadcaster ARD in 2007, giving its journalists greater funding to investigate doping stories. Initiatives such as this are to be welcomed, as they allow doping to be scrutinised and the efforts of anti-doping organisations to be highlighted.

Of course, when it comes to the complex area of anti-doping, what is seen as being in the public interest must, importantly, be balanced with the rights of the athletes. It is every athlete’s right, following a positive test, to have their “day in court” outside of public display, or, ultimately, by the Court of Arbitration for Sport (CAS). All athletes are innocent until or unless proven otherwise through the established legal process and World Anti-Doping Code rules.

It was this area of public interest and the anti-doping process that was the subject of extensive debate during the media panel at WADA’s Symposium. It is important that the public realise that anti-doping organisations are not hiding behind “the process” as a reason for not revealing an athlete’s identity following a media “leak”, it is simply right and fair for the athlete that these organisations are able to carry out their work without having to react to abundant rumour and speculation.

The World Anti-Doping Code rules today give the responsible organisation a degree of flexibility when it comes to publicly reporting an anti-doping rule violation. They may announce an athlete’s asserted rule violation after a B Sample confirmation, but they must announce the rule violation no longer than 20 days after the final hearing decision.

There are two other areas where media can really have an impact on the anti-doping cause. First, in reporting instances of doping publicly at the appropriate time, and with the athlete having a fear of being “named and shamed”, the media can help significantly in deterring athletes and their entourage from doping in the first place. WADA believes that, in many instances, the thought of being announced as a doper would strongly dissuade athletes from contemplating doping. In other words, the risk would outweigh the reward.

Secondly, media can also play a role in promoting the positive initiatives in anti-doping. We are beginning to see more of this. Athletes across the world – through bodies such as the WADA Athlete Committee and through Outreach initiatives – are communicating the clean sport message to thousands of current and aspiring athletes. They are letting them know, not only what their rights and responsibilities are, but why doping is dangerous and wrong; and, that there is a better way: the clean sport way.