This week’s call by Unite union chief Len McCluskey to use the London Olympics as a battleground for industrial action is the daftest tactical move since Hitler decided Russia was an easy target.

I have been proud to be a member of the National Union of Journalists for 55 years, but McCluskey’s madness has made me consider throwing my union card in the garbage bin. 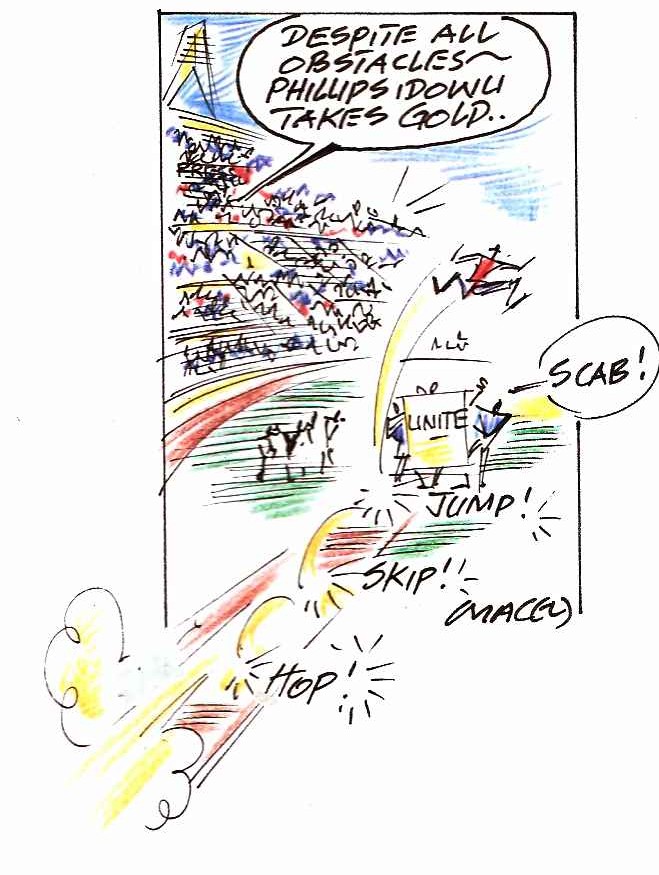 The Olympics, the greatest sporting show on earth, give our beleaguered country the opportunity to reveal our organisational, entrepreneurial and presentational skills to an international audience of billions. And what does McCluskey and his cronies want to show to the world? Chaos, havoc and anarchy. Welcome to the United Kingdom, where we can turn a magical sporting occasion into a fiasco. What a face (and farce) to show to the world.

He said, when building a case for disrupting the Games: “The attacks that are being launched on public sector workers are so deep and ideological that the idea the world should arrive in London and have these wonderful Olympic Games as though everything is nice and rosy in the garden is unthinkable.”

No, Brother McCluskey, what is unthinkable is that that there should be any form of industrial disruption of the biggest sports gathering any of us will see in the United Kingdom in a lifetime.

It took Shadow Olympics Minister Tessa Jowell, who played a significant role in winning the Games for London, to shoot down the man whose union helps bankroll her Labour Party. She pointed out as if lecturing a five-year-old that if his motive is to defend his members’ jobs and livelihoods, then setting out to mess up the most significant fortnight-long trade commercial this country has staged since the war is the very definition of counter-productive.

We have spent far, far too much on the Games, but now everybody must pull together to make them a success of which we can feel proud and that wins the world’s praise not its ridicule.

I remember being in Sydney and feeling the after-glow of Australian pride in putting on what many consider the finest Games ever.

That’s the sort of spirit on which we want to be warming ourselves after London 2012 has been and gone, not feeling ashamed that pickets stopped competitors entering arenas and that the Olympic flame was prevented from reaching the stadium.

These are the type of actions McCluskey could trigger with his irresponsible comments. He will claim that he was only floating a suggestion, but he has put ideas into the heads of the lunatic minority.

I hope our NUJ representatives will tell McCluskey exactly how members feel. I know I am speaking on behalf of all SJA members when I say the show must go on without any form of interference or disturbance.

Each member of the Sports Journalists’ Association has a duty to encourage interest in the Games and to use responsible and informed reporting to help make them appealing and appetising, even to those who do not know the difference between a Fosbury Flop and a Korbut Back Flip.