Tributes have been paid to “warm-spirited” Guardian rugby and cricket writer Dan Lucas who has died suddenly aged 31. 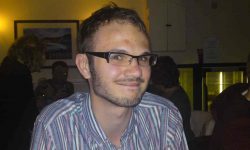 Lucas was live blogging the Six Nations match between England and Scotland on Saturday in his final piece for the title on the day before his death.

His girlfriend, journalist Elizabeth Aubrey, said on Twitter: “It is with the greatest sadness I must tell you that my beloved Dan Lucas has passed away suddenly. He was the best person in the world.” 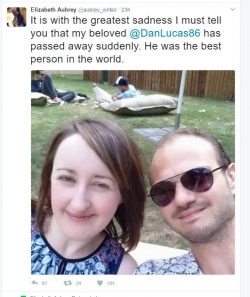 The Guardian’s head of sport, Owen Gibson, said in a statement: “In many ways Dan epitomised the appeal of the Guardian’s live coverage and the community it has fostered over many years.

“First as a contributor and then as one of its main writers, he combined a love of sport with forensic knowledge to paint a picture of the action for readers and keep them involved.

“He was a talented journalist and a much liked presence around the office. Our thoughts are obviously with his family, friends and girlfriend Liz at this time. He will be much missed.”

Adam Sills, who is head of sport at the Telegraph, where Lucas also worked last year, said: “The thoughts of all those on the sports desk at the Telegraph are with Dan’s family. We were deeply saddened to hear the news about someone who was a passionate and knowledgeable contributor to our website and paper and highly regarded by those who worked with him.”

The SJA would like to extend our sincere condolences to Dan’s family.