Former Daily Express chief rugby and boxing correspondent Tony Bodley has died at the age of 82.

Bodley started his career at the Hornsey Journal in 1958 after returning from national service. He then worked for the Press Association and the Evening News before landing his dream job of rugby correspondent at the Express in 1975.

During his career he covered the British Lions in Australia, New Zealand and South Africa and the first two rugby world cups. 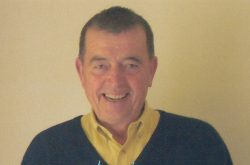 Later he also became the paper’s chief boxing writer. He was ringside in Las Vegas in 1986 when Mike Tyson became the youngest heavyweight champion of the world. Bodley also reported on cricket and golf and filled in for other sports as cover for his colleagues.

He was awarded the rugby writer of the year in 1996, retiring a year later, although his love of sport continued with regular visits to Twickenham, Lord’s and Highbury/Emirates Stadium, when not on the golf course.

He was an active member of the Rugby Union Writers’ Club and the Boxing Writers’ Club. He was a past chairman and secretary of the RUWC and was delighted to be given honorary life membership following his retirement, and continued to attend the annual dinner.

Bodley will be sadly missed by his wife Kath, his son Matthew, his daughter Jackie and two grandchildren.

His funeral will be held at 2.00pm on 15 June at Harwood Park Crematorium, Watton Road, Stevenage SG2 8XJ. The wake will be at Stevenage Golf and Conference Centre, Aston Lane, Stevenage SG2 7EL.