SJA award-winner Andrew Longmore, former chief sportswriter of the Independent on Sunday and for many years senior sportswriter of The Sunday Times until his retirement last year, has died. He was 65. 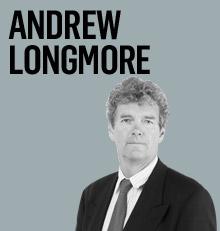 Longmore passed away peacefully in his sleep, while on holiday in Menton, France from what is believed to have been a heart irregularity, following a day’s walking in the mountains. He leaves his wife Jane and three children, Anna, Jessica and David.

Longmore, who won the SJA’s Olympic/Paralympic Reporter category in 2000, when with the Independent on Sunday, and in 2003 was Feature Writer of the Year at our awards, having by then moved on to The Sunday Times, covered a wide range of sports, including horseracing, athletics, football, cricket and rowing.

Olympic rowing gold medallists Dame Katherine Grainger and James Cracknell have been amongst those who paid tribute to him, with Grainger telling The Sunday Times: “He had the deepest integrity and always brought the most out of his interviewees because of the trust he created.”

Longmore was educated at Winchester and read history at Worcester College, Oxford. He captained the Winchester 1st XI at cricket before touring India as a wicket-keeper with England under-19s. 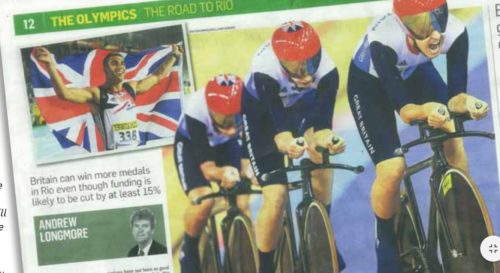 He played two first-class games at Oxford university when the team was captained by a young Imran Khan and also featured Vic Marks and Chris Tavare. That experience swiftly placed any aspirations he had to be a professional sportsman into perspective.

“I was straight out of school and these were hardened cricketers who had already played full county cricket,” he recalled in an interview with the magazine of his junior school in Twyford, Hampshire. “They were so professional. It opened my eyes and I quickly realised I wasn’t good enough to make it at that level.”

Journalism definitely was his forte, though he admitted: “I fell into it really. My mother wanted me to go into the diplomatic service, but I comprehensively failed all the exams. So I answered an ad in The Times for an assistant on an advertising magazine. The chap needed a wicket keeper for his weekend side so I got the job.”

Such sad news. He was always such a lovely man and I always enjoyed being interviewed by him. My thoughts are with his family.

His first sports journalism role was with The Cricketer magazine where he spent five years in the early 1980s. From there, he moved to The Times, firstly as a freelance, and then as tennis correspondent between 1988 and 1992 before he moved to the Independent, the Independent on Sunday and eventually The Sunday Times.

Longmore was also an author. He wrote a biography of jockey Kieren Fallon and Best Mate: Chasing Gold, in conjunction with trainer Henrietta Knight. He also edited Heat of the Moment: 25 Extraordinary Stories from Olympic and Paralympic History, ahead of the 2012 London Olympics, and collaborated with 1992 Olympic gold medallist Chris Boardman on The Complete Book of Cycling.

There will be a private family funeral, but a memorial service is planned for later in the year.