The SJA is looking for a new treasurer* and it’s not as daunting as you might think, writes present incumbent SARAH JUGGINS

I fell into the role of SJA treasurer around the same time as I decided to leave the publishing company I worked for and follow a freelance career.

Both roles began tentatively as I teetered on the edge of not one but two uncertain precipices. For a start, I was terrible at maths. I was still re-sitting my mathematics ‘O’ Levels as I was finishing my ‘A’ Levels.

In the end I resorted to private tuition, and I still have no idea why algebra is anything other than an attractive sounding word.On the plus side, as a new entrant to the world of freelance writing, I certainly had some time on my hands: in the first few months, a worrying amount of time.

The first challenge came, not from the figures, but rather from the institutions involved in finance. The bank seemed to intuitively know that Randall Northam was infinitely better in the role of treasurer than I could ever be.

For at least six months the bank steadfastly refused to stop sending all bank-related mail or emails to Randall. He patiently redirected everything my way.

Then there was the email – forwarded from Randall of course – that said the quarterly VAT return was due. “What the hell is that?” 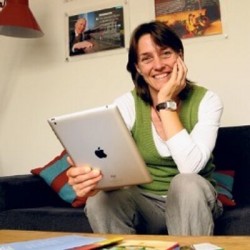 Once my heart-rate had returned to normal and Randall had given me a rudimentary lesson in how to work out 20 per cent of any sum of money (divide by 12, multiply by 10 and subtract from the original figure), it was plain sailing.

Sending my figures off to the auditors for the annual report and nervously waiting for their return was the next landmark occasion in my new life as financially-literate adult.

The auditor, Richard Best of HW Fisher, was remarkably relaxed. As I scrutinised the accounts he returned to me and failed to see anything that vaguely resembled the figures I had sent to him, he reassured me that everything was absolutely fine.

And that is how the past six years have panned out. I have meticulously recorded every income and expense. I have occasionally panicked when the SJA accounts have sailed perilously close to minus figures, but then miraculously bounced back as funds have returned via membership fees, award entries and sponsorship deals.

From a personal point of view, taking control of the SJA finances has given me a much higher level of competence when dealing with my own finances. My record-keeping, accounts and ability to understand tax systems has become passable and I know that accountants and tax officers are there to help, not catch you out. I can’t say the same for the banks, who have given me more headaches than all the wine in France could ever do, but even that seems to be sorted out now.

For anyone thinking of taking the plunge and accepting the role of treasurer, the other bonus is the deep level of understanding the role gives when it comes to running the SJA. Our monthly meetings are thought-provoking, challenging and sometimes even fun. As treasurer, you play a big role in the very survival of the organisation and that is exciting and a little daunting too!

I would also like to say to my maths teacher, Mr Easter, that numbers are nowhere near as scary as he managed to make them.

*Anyone interested in becoming treasurer should email info@sportsjournalists.co.uk  He or she must either be a member of the SJA or become one