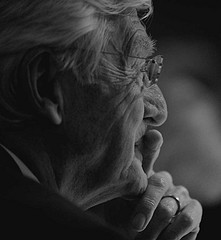 In something of a rarity for a sports journalist, even a member of the SJA: the Association’s President, Sir Michael Parkinson, is to have his portrait put on display at the National Portrait Gallery later this month.

Sir Michael’s portrait has been painted by Jonathan Yeo, one of the best-known and busiest of contemporary portraitists in Britain whose previous subjects have included Tony Blair, Rupert Murdoch and Sienna Miller.