Red-top duo Keith Nancarrow of the Daily Star and The Sun’s Dan King are raising money in memory of lost colleagues and friends Ralph Ellis and Vikki Orvice.

King ran his Cambridge half-marathon last weekend and is hoping for donations to the Royal Marsden (https://www.justgiving.com/fundraising/daniel-king41)

The Sun’s athletics correspondent Vikki, who lost her 12-year fight against  breast cancer four weeks ago, was a patron for the hospital.

Got a PB, Vikki! 1:47:22 by my watch although official timekeepers yet to declare it a world record. https://t.co/f562c7zo6i pic.twitter.com/moTZD1LkyR

Nancarrow – known universally as Norm – ran the London Marathon on behalf of the SJA and Royal Marsden two years ago and vowed then never to do it again. 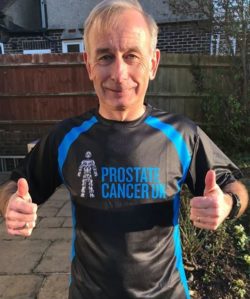 He admitted: “I’ve changed my mind! Despite the advancing years, on April 14th I’ll be attempting the Brighton marathon in honour of Ralph,  a former colleague and friend who sadly lost his battle with prostate cancer last year.

“Maybe you can spare a few quid too to ease my pain. Thanks in advance.”

Ralph, a very successful freelance journalist, was a keen fund-raiser himself after he was diagnosed with the disease. Just last summer he cycled to Amsterdam to raise money for Prostate Cancer UK.