Basketball magazine MVP is switching from a quarterly to six editions per year from its January 2013 issue.

The move coincides with the launch of its digital edition, and available to download for iPad and other tablets via MVP247.com. It is also on sale via iTunes and an App. 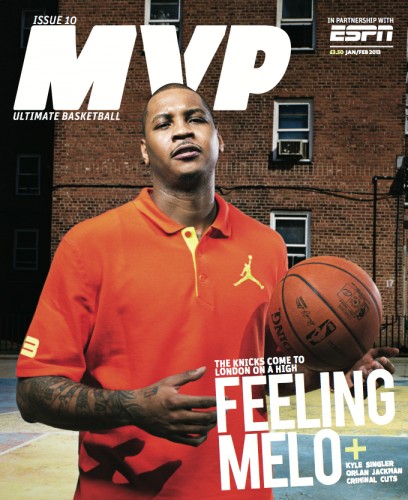 Since its launch in 2010, MVP has established itself as one of the most respected publications in the sport, covering basketball in Britain, the NBA and the international game, as well as features on fashion and music. It is produced in association with ESPN and supported by breaking news on MVP247.com as well as Facebook and Twitter.

“We received a lot of feedback that readers wanted more of the magazine, and that they wanted it more easily available,” Greg Tanner, MVP‘s editor, said.

“So once we decided to launch a download version of the magazine, it was the perfect time to move to six editions per year, especially with the NBA returning to London this month, and the Euroleague’s Final Four coming here in May.”

MVP is moving from distribution via retail outlets towards mail order, via swishbasketball.co.uk, and digital subscriptions. The re-launch is being supported by an ad and marketing campaign, to be launched at British Basketball’s Cup final in Birmingham on January 13.