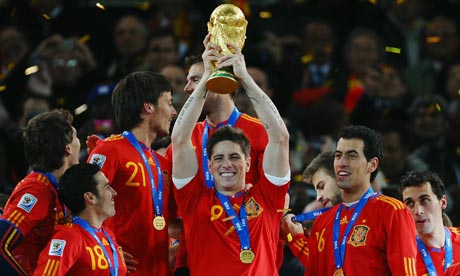 To celebrate World Cup year, when Spain will be defending their title in Brazil, the BritishSpanish Society is hosting a fund-raising event on March 6, and is offering SJA members a discount on their ticket price.

Raising money for an Anglo-Spanish student internship programme, the event comprises a panel discussion on Spain and football, followed by a drinks and tapas reception provided by Marcos Moran, the Michelin-starred chef who works at the Hispania restaurant.

While the organisers cannot promise that any stars of La Roja will be there, the panel is made up of some leading sports writing talent:

Discounted tickets of £35 each available upon emailing Bea at info@britishspanishsociety.org.