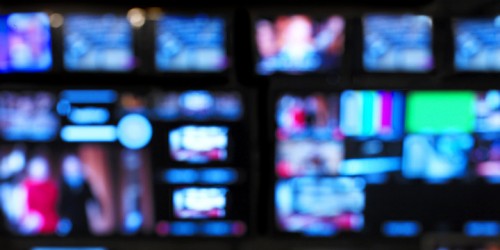 By Philip Barker
The polls are now open in the SJA’s three sports broadcasting categories.

The winners will be announced at the SJA British Sports Journalism Awards dinner at the Grand Connaught Rooms in London on March 25.

These are the only journalism categories to be decided by a vote of the SJA membership.

Since the broadcast awards were introduced in 2005 to recognise excellence in broadcast journalism, they have been won by some of the biggest names in the our industry. Jeff Stelling dominates Soccer Saturday on Sky and did the same in the early years of our awards. Another Saturday supremo, Sport on Five’s Mark Pougatch took our broadcaster of the year award last year alongside the sports writer of the year, Michael Atherton, and 2011’s top sports photographer, Ed Whitaker.

Sky’s excellent cricket coverage has found its length in recent years. Next door in the radio commentary box, Test Match Special has also had its fair share of the glory. Jonathan Agnew even took the individual broadcaster award in 2009 and his dispatches from the Olympic archery – at Lord’s, of course – could have attracted a whole new target audience for Aggers

Good sports broadcasting is so much more than just reading an autocue. It has provided some of the most thought-provoking journalism of the last 12 months. In 2011, Radio Five Live’s investigation of depression in cricket took the plaudits as our radio programme of the year.

The polls close on February 22.

Only SJA members may vote. Please include your membership number when voting. The prompt list is not a shortlist, but simply a reminder of some of the outstanding candidates in each category.