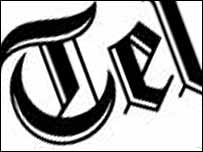 Martin Smith, on the staff at the Daily Telegraph‘s sports desk for nearly 21 years, is the latest to leave in an on-going cull that has seen the likes of Sue Mott, Jim Mossop and Robert Phillip leave the group’s Victoria headquarters in the past three months.

Smith’s departure, and that of another Telegraph staffer, as yet to be named, comes less than a week after Mark Skipworth, the Telegraph group’s head of sport, announced another raft of changes as part of the company’s move to 24/7 operation across daily and Sunday titles and website. One of the key changes announced last week was that Lewine Mair, golf correspondent on the Daily Telegraph, was to take responsibility across all platforms.

Smith joined the daily paper from the Birmingham Post in July 1987. As well as a succession of desk roles, rising to assistant sports editor under David Welch, Smith has covered the Midlands football beat for the past two years.

Smith, who now lives in Leighton Buzzard, declined to comment to sportsjournalists.co.uk, beyond confirming that he had been given the news before the weekend and saying that he was sad to be leaving the paper and many colleagues and friends.

Last week, the Independent announced it was to cut two sports desk jobs, including Mike Rowbottom, as it “rationalises” as a seven-day operation.

There were also several departures among senior sports subs at the Guardian, where sports staff who now contribute to the newspaper’s website in addition to their regular print deadlines, have received a Â£500 annual bonus for their online work.

Smith, meanwhile, is actively seeking other work, and hopes that with his extensive experience, both on the desk and in the field, he will find a position soon. He can be contacted by phoning: 07770 380518.

To check out sportsjournalists.co.uk’s archive on the changes at Telegraph sport this year, click here