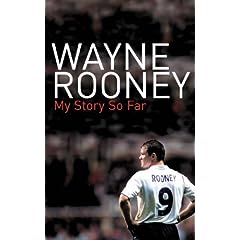 damages, reportedly Â£300,000, over claims made in Wayne Rooney’s biography My Story So Far.

Moyes had objected to the account of how Rooney came to leave Everton and sign for Manchester United.

Speaking after the hearing Moyes said he was glad that his name “had been fully cleared in this matter”. The undisclosed sum is being paid to Moyes by Rooney, author Hunter Davies and publisher HarperCollins. Moyes said he would not make any financial gain from the damages and would give the money to the Everton Former Players Foundation.

Solicitor Edward Parladorio, for Moyes, told Mr Justice Eady, sitting at the High Court in London, that in the book his client was accused of “a serious breach of trust towards

a young player under his management”.

He said Moyes was accused of leaking a private and confidential conversation about the star’s intention to leave Everton to the Liverpool Echo when Rooney wanted to leave the city because of intense media interest, especially following reports that the player had visited prostitutes. He joined Manchester United in a Â£27 million transfer in 2004.

Mr Parladorio told the court that the allegation against Moyes was “wholly untrue”. As well as the damages payment, some reports have suggested that Rooney, Davies and the publishers will have to meet the legal costs of both parties, which could have reached Â£400,000.

The 2006 book is the first in a five-volume deal for Rooney with HarperCollins reportedly worth Â£5 million to the Manchester United and England striker, one of the biggest deals ever in sports publishing.

Rooney was 20 when this first volume of his “autobiography” was published, but England’s disappointing World Cup campaign two years ago is believed to have hit sales of the book. A second volume due to be published this summer was postponed after England failed to qualify for Euro 2008.

Moyes’s is the second significant, successful libel action by a Premiership football manager this year, as senior soccer figures appear to be more litigious over mis-reporting. Aston Villa’s Martin O’Neill, a law graduate before his football career, sued an online forum over allegations that he had made an illegal approach to “tap up” Celtic’s Polish international goalkeeper Artur Borac.

For more on the Moyes libel case, click here