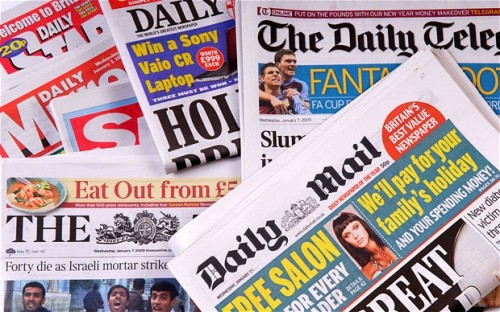 According to sources at the Telegraph Group’s Victoria offices, Mitchell, 54, the Sunday Telegraph‘s sports editor since 2008 and a long-time staffer at the paper, is one of up to 80 job losses across the group.

Mitchell’s departure follows that of Malcolm Vallerius, his erstwhile opposite number at the Mail on Sunday, who has now been replaced by Alison Kervin.

This website reported last week on the Telegraph‘s latest redundancy round; the sports department, having already done much to “integrate” its daily and Sunday staffs, was assumed to be at less risk to the cuts than other departments.

Mitchell, however, learned of his fate on Friday, when the first tranche of staff were told their fate.

We asked the Telegraph Group for a comment on the position with Peter Mitchell, but at the time of publication had not received any response.

Both Mitchell and Vallerius are widely admired and liked by their colleagues, and the news of their departures is likely to be the talk of the SJA’s British Sports Journalism Awards dinner in London on Monday night. The feeling is that the redundancies reflect an industry which appears to be in a dangerous decline as newspaper managements struggle to adjust to the digital age and find a way to make quality journalism pay.

As one senior figure familiar with the situation told sportsjournalists.co.uk, grimly looking ahead to the awards night, “It’ll be a case of eat, drink and be merry, because tomorrow you may be sacked.”