A magazine for women in sport is coming to a news stand near you any time soon. 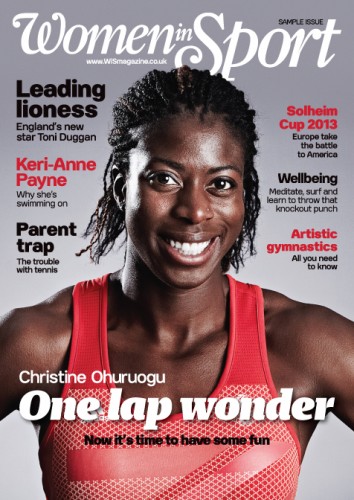 Freelance journalist Natasha Henry is to publish a monthly magazine entitled, not surprisingly, Women In Sport. A sampler edition is being distributed today, with an autumn launch planned.

Just like it says on the tin, the magazine – and website – is being set up to be a go-to place for coverage of women in the sporting arena.

Henry, who was the Olympics correspondent for The Voice last year, has assembled a team of writers, videographers and photographers. Former gymnast Jo Gunston, who has worked for The Sunday Times and Sport magazine will be the editor.

London 2012 has served as a launchpad for women’s sport, in terms of raising the profile. The Independent, the BBC and BT Sport, through SJA broadcaster of the year Clare Balding, have all made commitment with regard to coverage. England’s footballers received unprecedented attention for what turned out to be failure in the European championships this summer.

The Women’s Sports Trust has been formed recently, providing scholarships and grants to aspiring sportswomen. Tanni Grey-Thompson, the multi-gold medal-winning Paralympian and now a member of the House of Lords, has been a driving force, too.

The WST and others want more media coverage of women’s sport, and Women In Sport magazine plans to deliver it.