Norman Harris, the sports journalist who was behind a sports event which launched the running boom in Britain, has died. He was 75.

Harris worked as a sports reporter for The Sunday Times, The Times and The Observer for more than 40 years, and continued to cover county cricket for The Times until just a couple of years ago.

New Zealand-born, Harris wrote more than 20 books, including a noted biography of one of his home country’s greatest sporting heroes, Jack Lovelock, the winner of the Olympic 1,500 metres at the Berlin Olympics of 1936..

Brought up as the youngest of six children in Hamilton, Harris’s first love was cricket and in 1955, he was manning the Seddon Park scoreboard when Colin Cowdrey, then on his first antipodean tour, was out for a duck. Harris had the task of placing the number 0 against the words Last Man.

In the early 1960s, Harris was influenced by Arthur Lydiard, the New Zealand coach who pioneered the long slow distance training regime and who guided runners such as Murray Halberg and Peter Snell to Olympic gold medals. Harris ran with many of these athletes and wrote books on their feats, including Lap of Honour and The Lonely Breed. 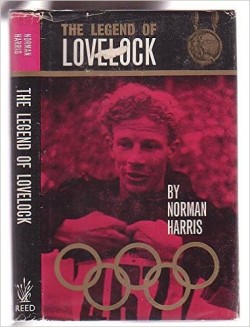 After moving to London in the 1970s, Harris started to work for The Sunday Times. There, he was encouraged by the late John Lovesey, the paper’s sports editor, to write a series of articles extolling the benefits of jogging. With the backing of the paper’s editor, Harry Evans, Harris worked to establish and organise The Sunday Times National Fun Run in Hyde Park.

First staged in September 1978, the event soon attracted tens of thousands of runners, all competing in age group 4-kilometre runs over the rolling parkland course.

It was this enthusiasm which Chris Brasher, then working on the rival Observer, tapped into when he returned from New York and announced he would stage a citizens’ marathon through the streets of London in 1981.

For Harris, the sports writing continued. Harris covered a wide range of sports for The Sunday Times, including rugby and several Olympic Games. Having moved in recent years to live in Hexham in Northumberland, Harris subsequently reported county cricket for The Times until 2013. Harris also enjoyed golf. In 2010, he said he was proud that despite having a handicap of 23, he got two holes in one in the space of 11 days.