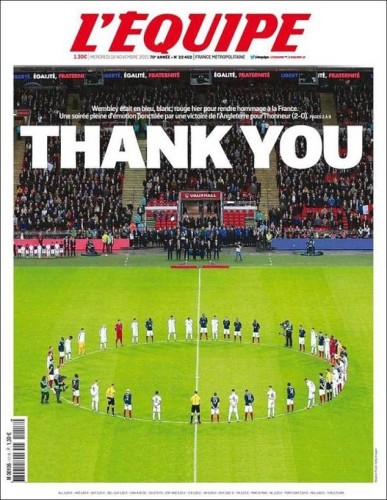 Was there ever a football match where the result was more irrelevant?

L’Equipe, the esteemed French sports daily, adopted English for its front page after last night’s England v France match at Wembley, staged just four days after the appalling attacks in Paris, in which 129 people were killed and 100 more left critically injured, and which included attempts by suicide bombers to enter the Stade Francais while the France v Germany international was being played.

Last night’s game was played after the players had stood together, arm-in-arm, joining the 70,000 fans in singing the Marseillaise.