Frank Keating, that prince of sports writers, has died. Keating was 75 and had been unwell for some time.

Keating epitomised The Guardian approach to sports writing, having taken on a writing role in 1970, following six years in television, after joining the paper initially in 1963 as a sub-editor. He continued on the paper’s staff until 2002 and was still producing his typically exuberant columns until last month. 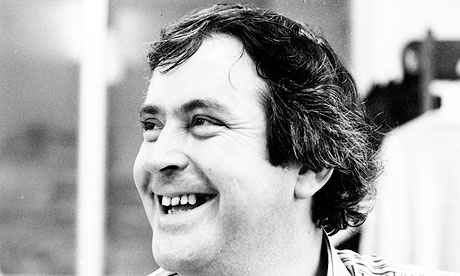 Someone once noted that the political columnist, Alan Watkins, had said “… that political journalists have to pretend to hate politicians but actually rather like them whereas sports writers really loathe sportsmen but dare not admit it. Frank really does like sportsmen”.

So wrote one of Keating’s long-term colleagues who also benefited from the Guardian‘s policy of promoting from its sports subs’ desk: Matthew Engel rose to become the newspaper’s cricket correspondent, and thus often worked alongside Keating.

In an affectionate tribute to Keating upon his retirement from the paper’s staff a decade ago, Engel wrote that Keating, alongside the likes of David Lacey, “transformed the craft of sports journalism in this country.

“In the early 1970s sports reporting in the posher papers had changed little since the days of Corinthian amateurism. A fair amount of guff passed for fine writing on the basis of magisterial judgments laced with an occasional classical quote, apposite or not.

“Given his head by an innovative and imaginative sports editor, John Samuel, Frank simply and innocently blew it all apart. He had his own unique style; his writing just fizzed with analogies and adjectives, some of them in the dictionary. It was at once evocative, nostalgic and very, very fresh,” Engel wrote.

Today, Alan Rusbridger, the editor in chief of the Guardian and Observer, said: “Frank was an immense figure in sports journalism for more than 50 years. He was a unique character, combining sophisticated sporting knowledge with a deep empathy and understanding of the human side of sport.”Frank was also universally popular with an inspiring and uplifting personality that was infectious. As a writer, Frank deserves to be placed in the very elite of British sportswriting in the last century – and amazingly, though ill, was still writing his wonderful weekly column in the Observer up until a few weeks ago.

“Our thoughts and condolences are with his family at this sad time.”

Keating was, in 1977, the second ever winner of what is now the SJA’s Sports Writer of the Year Award. A year before, the prize had been shared between Ian Wooldridge and Hugh McIlvanney. In the future, Keating will deservedly, rightly, be considered alongside those two giants of our business.

We hope to re-publish John Samuel’s Guardian obituary tomorrow, together with tributes from other friends and colleagues.

The SJA, its officers and committee, send our condolences to Frank’s wife and family.

2 thoughts on “Frank Keating, a prince among sports writers”