At least five senior members of the sports desk are among the 27 compulsory redundancies being sought by the management at The Independent group of newspapers. 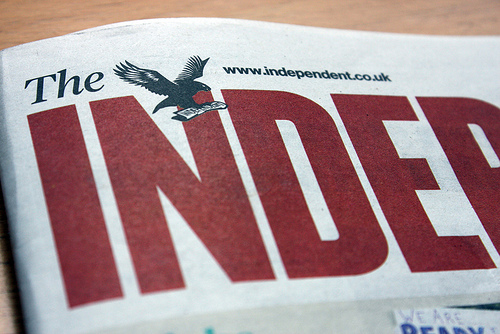 According to sources in Derry Street, the proposed jobs cuts on sport threaten to impact the papers’ football coverage, with the new league season just weeks away.

It is also suggested that the choice of the five from the sports staff, including some of the papers’ best-known figures, was made by management without reference to the papers’ head of sport, Neil Robinson. Robinson is on holiday this week and could not be contacted.

Sportsjournalists.co.uk is unable to name any of the sports staff who have told that they are to be made redundant, since they are all subject to a 30-day consultation period. National Union of Journalists members at the papers have been advised not to take part in the process, involving meetings with Doug Wills, the group managing editor, and Sean O’Grady, The Independent‘s managing editor. Last week, the NUJ chapel voted for industrial action against the compulsory redundancies.

When contacted today, O’Grady said, “There’s little more I can say that isn’t already in the public domain.” When we sought to put the names of the sports staff facing redundancy to O’Grady, he terminated our call. Subsequent calls went to voice mail.

The sports desks at The Independent and its Sunday sister title, plus i and the Evening Standard, and their websites, all owned by the Russian billionaire Alexander Lebedev, were among the first in the group to be “integrated” in December 2011. Despite previous redundancy rounds, the business continues to struggle, with an operating loss of £16.6 million for the year to September 2012.

The group recently won the licence for a London-wide television channel, London Live, which is being installed on a floor in the High Street Kensington offices. Newspaper staff fear that their job cuts are being made to help finance the new TV station.

“It seems that someone in the management office has just looked down the list and just picked five names from sport,” one insider told sportsjournalists.co.uk.

An earlier redundancy process concluded in April this year when 15 journalists took redundancy. On that occasion, the likes of tennis correspondent and former sports editor Paul Newman and rugby league writer Dave Hadfield were among the departures, although they have continued to write for the papers since, some on a contract basis.

“We have no idea whether that sort of arrangement will be possible this time around,” one sports desk source said.

“I’ve been through three or four of these things through my career now, and it struck me during the meeting in the office last week that the mood among the staff was the most dispirited and despondent of the lot.

“Coming so soon after the last lot of redundancies makes it all the more unbelievable.”

The newspaper management has suggested that it is working towards a re-launch later this years, when their websites will provide more of a live news service, while the print editions will carry more commentary and analysis. The questions, unanswered by O’Grady, is who will be left to provide such analysis.