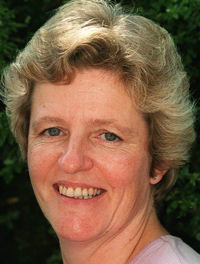 In yesterday’s Times, columnist Matthew Syed, himself a six-time SJA British Sports Journalism Awards winner, criticised our Association for an apparent lack of women winners, especially in the print categories, at our annual awards. JANINE SELF, the SJA’s vice-chair, pictured right, responds

Thank you for highlighting the huge gender imbalance when it comes to journalism awards, thank you for your confession that you may be, on occasion, a tad sexist in your views and thank you for “not pointing the finger at the SJA” after 11 paragraphs of you doing pretty much that.

We applaud the use of your SJA award-winning platform on The Times to raise serious questions about an industry in which women continue to struggle to make meaningful in-roads.

However, you are wrong to suggest that somehow the scarcity of female awards winners makes us in any way complicit.

The SJA President Patrick Collins – a five-time Sports Writer of the Year – in his speech at our British Sports Journalism Awards night in February appealed for more entries from women. In what was a bumper entry list, we only received submissions from six women in the writing category, six in photography and two in broadcast.

You say that no woman has won our Specialist Correspondent category. I refer you to the previous paragraph and would then point out that Martha Kelner, the excellent athletics correspondent of the Daily Mail, was highly commended this year in that category, having already won young sports writer in 2012.

Emma John was young sports writer in 2008. Heidi Blake of the Sunday Times won sports scoop and investigative sports reporter of the year with running partner Jonathan Calvert in 2014. And in 2000, Maggie Stratton was a joint winner of our Regional Sports Writer award.

For some reason you discount those achievements, perhaps because you did not want to sacrifice your clever “nadda, zero, zilch” sign-off.

Guessing that Martha, Heidi, Maggie and Emma might have something to say about it, however.

Yes, it’s a baby step, but in the right direction.

Consider this too, Matthew. In the past entry submissions have been limited by publication and the ultimate choice of entries was down to the sports editor. You may well have excluded one of your own female colleagues!

The SJA executive committee and officers number 13, of whom four are women. A minority but a minority with a voice and a receptive audience.

We are delighted that when it comes to broadcast, no one bats an eyelid at the expertise or gender of Clare Balding, Ellie Oldroyd, Hazel Irvine, Jacqui Oatley, Gabby Logan, Kelly Cates, Caroline Barker, Alison Mitchell (I could go on).

They are now acting as inspiration for the next generation of would-be journalists and we would love to see the day when there is similar depth in the print industry.

The entry forms for the 2016 SJA British Sports Journalism Awards will be dropping on to The Times sports desk later this month, Matthew. Good luck with your submission.

And we would be delighted if you could point any and all your female colleagues in this direction. Who knows, she could turn out to be a winner.