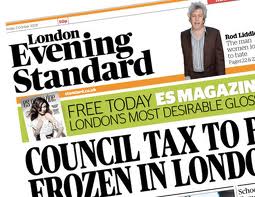 First to go is John Mullin, the IoS editor, who announced his departure on Tuesday as the seven-day operation of the national titles and London evening paper was confirmed. Mullin was reported to have opposed any further “rationalisation”, or job cuts, as he felt his title had already had its staffing cut to the bone.

The sports desks, together with business desks, of the papers had already been merged last year, effectively a test run for the scheme being rolled out across other departments now, with star correspondents filing for the daily paper, their copy being re-purposed for the i, and also writing for the Standard or vice versa.

Under head of sport Neil Robinson, the production desks for the daily and Sunday titles and the evening paper have continued to operate in parallel. It is not expected that any further job cuts will be implemented on sport in the latest round of mergers, much of which is about releasing cash and the third floor of the Derry Street offices to be used as studios for the London TV franchise recently awarded to the company last week.

In his statement Evening Standard and Independent managing director Andrew Mullins revealed that a “complete restructuring” was aimed at creating “one of the first truly integrated multimedia companies, publishing continuously on print, TV and other digital platforms”.

The London Live TV licence will mean the Lebedevs will have some access to government funding. But continued losses at the Independent – according to Mullins, the Evening Standard, with its advertising-rich, free distribution model, is now “self-funding” – also mean that cuts must be made to make the investment needed for the new TV station.

Mullins said that “as far as this is possible” there will be a pooling of “journalistic resources” across all departments.

The National Union of Journalists fear that up to 20 jobs will be lost. NUJ deputy general secretary Barry Fitzpatrick told Press Gazette: “The announcement presents a huge challenge to journalists working on titles owned by the Lebedevs. Our members will want to be encouraged by the more positive aspects of the plan but will fear that, once again, it is journalist jobs that are being sacrificed.”