“Almost nobody left in the profession does not acknowledge that journalism is now almost exclusively a graduate profession. The value of professionally accredited academic degrees will rise exponentially as student tuition fees increase.” 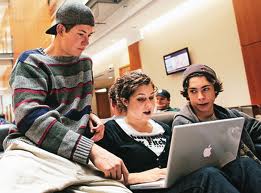 This is  a quote from the head of the journalism department of a university in southern England which, from autumn 2012 will be charging students £9,000 per year to study the subject.

“When I was applying to university, fees were squarely £3,000 per year… even for that price I feel like a journalism undergrad degree isn’t worth the investment. A BA in journalism isn’t as widely applicable as a degree in a more academically rigorous and traditional subject. I feel like employers in a wider range of careers will take my degree seriously because it’s in English rather than something more narrowly vocational. Journalism might not work out, and I have something to fall back on.”

This from someone in the final year of an English degree at Cambridge University.

“I do not believe in any way that a BA (Hons) course in journalism is at all worth £9,000 a year. I barely think it’s worth the £9,000 I have paid for the three years put together. I think the course is run reasonably well, but the main part (the only interesting part seeing as I want to go into magazine journalism) is third year, so the first two seem like a complete waste of time. Not only do those two years seem like a waste of time (and money), but we could’ve learnt everything they stretched out to fill the two years in probably two months. If that.”

From a student in the third-year of a journalism degree course at one of the best-known universities offering media-related courses.

The SJA’s advice to prospective sports journalists has tended to be that they should try to get the best possible general degree course, spend some of their spare time working on the student magazine or local newspaper, and if after three years, they are still keen on a career in sports journalism, armed with their good quality degree, they should look to undertake some form of brief (usually six to eight weeks long) post-grad general journalism qualification.

The second and third quotes re-published above, taken from a piece posted by the Press Gazette today on the tripling of fees for journalism degree courses, appear to endorse that point of view.