This letter from John Motson from more than a quarter of a century ago provides some sound advice for someone seeking to begin a career as a sports journalist. 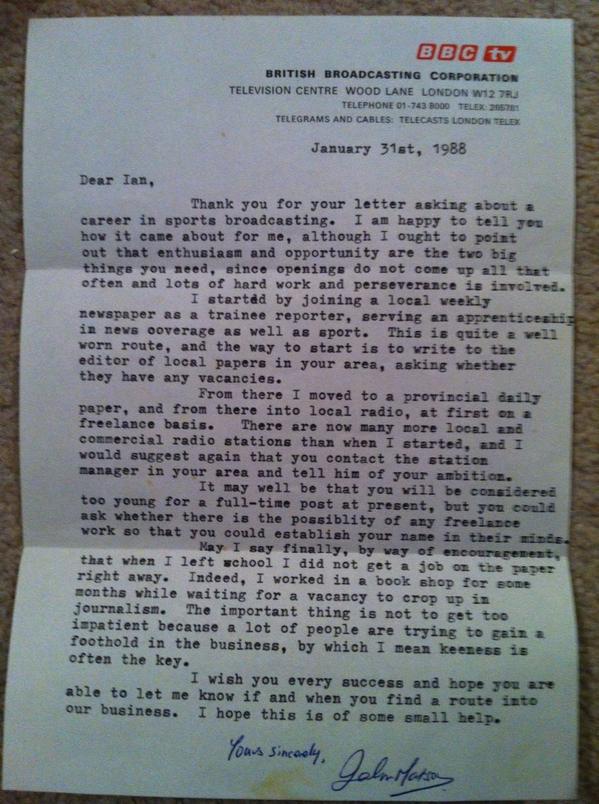 The “Dear Ian” to whom it is addressed was Ian Dennis, today the chief football reporter for BBC Radio 5.