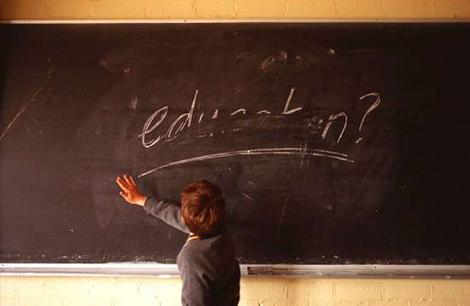 I wont to come on you’re journalism course this summer, I leave university this summer. I am expected to get a 2:1 in my media studies degree.

I would like to write about football for one of the national news papers after the course, prefarably the Sunday Times, and cover mainly Manchester United, I am an big fan. I notice that you advice people to get some work experience, I hav’nt been able to do this because of my degree, but my tutor’s have praised my writing and I am sure I have what it takes to be a journalist. Your’s sincerely”

He didn’t get an interview.

You may think: must be made up. Nobody could write that badly. Depressingly, I rarely get a faultless application. Some are even worse than the example above.

If you’re young, carefree and just heading for or just out of college, you’re probably puzzling why this old fool is so obsessed with all that detailed guff. After all, this is the age of creative writing and texting, so NEfin goes, ryt?

Wrong. It may be that in a few years, when we’ll all be speaking in grunts, and writing as if a dyslexic monkey has found a keyboard. But every editor I know still thinks grammar and spelling are a lot more than an optional extra. And misspelling an editor’s name is tantamount to talking about their pride ‘n joy as “your rag”.

Trouble is, two generations (unless you went to a “proper” school) never ran into grammar or spelling. For many, their first encounter with grammar is when they learnt a foreign language.

Last week, I was running a course and explaining the difference between practice and practise. “The simple explanation is that one’s a noun and one’s a verb. But…”

“Excuse me, could you just go over what a noun is?”

That’s not untypical. A much tougher one is explaining when to use a full stop and not a comma (the splice comma, for fellow pedants).

Doesn’t matter if your only interest is covering underwater hockey, non-league soccer or fishing. Even sports writers have to observe some of the core rules.

OK, we’re not always dealing with the sharpest knives in the drawer. There’s a story that West Brom once had a player who had passed an O Level (like a GCSE, but smarter), and the rest of the team called him Brains.

Guardian football writer David Lacey, travelling on a 747 to some match with the Scottish team, asked one of the players, a known snooker addict, if he could sit on the aisle seat. “I want to get on to the snooker table upstairs first,” he said.

The player, who shall remain nameless, said: “You’ll be lucky!” And as soon as the seat-belts sign was turned off, he was heading for the stairs to chalk up his name.

So the sports stars may not read what you write, and if they do, they probably won’t know you’ve misplaced an apostrophe. But readers will spot it for sure and take great delight in pointing it out to an editor that he or she is employing illiterates.

This is all a very long-winded way of saying that if you want a job on a newspaper, website or magazine, you’d better sharpen up on the basics pronto. Don’t even consider writing to an editor if you’re duff on this stuff. Sort it now.

The book I recommend here is English for Journalists by Wynford Hicks. It’s not written like a grammar book, but it covers all the stuff teachers never told you, or the things you’ve forgotten.

It will also help you to dispel some of the myths you were taught at school (never end a sentence with a preposition, never use a split infinitive, never start a sentence with “and” or “but”).

If you ever get berated for the latter, by the way, say to your accuser: “If you find it in a grammar book, I’ll give £50 to a charity of your choice.” And you’ll never hear from them again.