REVIEW OF 2009: Some of the SJA’s members, friends and colleagues offer their choice of the best sports books they have read in the past year. Feel free to add your comment with your choice of favourite 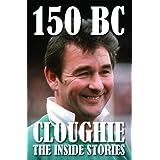 150 BC by Dave Armitage
Chosen by Janine Self, The Sun‘s sports reporter

Armitage, who works for the Daily Star in the Midlands, has compiled 150 unique anecdotes about Brian Clough, many revealed for the first time. Contributors range from Cloughie’s gardener to European Cup-winning legend John Robertson. Easy to read and very entertaining.

The role the Rugby World Cup 95 played in South Africa’s transition to post-apartheid rule. Now a major motion picture. Not exactly a sports book, but…

The Rebel Tours: Cricket’s Crisis of Conscience by Peter May
Chosen by Peter Wilson, of the Sunday Times and immediate past chairman of the SJA

This is an engrossing book, one difficult to put down… These were not “Rebel” tours. They were “Mercenary” tours. There was nothing romantic about the Geoff Boycotts, Graham Gooches, Colin Crofts and Mike Gattings. They went for the money. There were many mercenaries in Africa at that time, as the continent was struggling to emerge from centuries of colonialism. Some of those had bullets, others had cricket bats. Click here for the full review.

The author remains a dyed-in-the-wool Hammers fan, so the bark is worse than the bite, but this is still a book even the saddest sporting saddo should read. Even if its provocations leave you foaming, it is a crisply-written book that informs and disabuses while dancing and jabbing with all the eptitude of Ali.

This might be the authorised account of the radio station’s trials and tribulations over the past decade, but it pulls no punches. Everything is here from the rodents in the canteen to Alan Brazil’s drinking to Stan Collymore’s confession of domestic abuse. You just wonder how they survived so long. 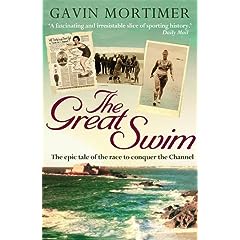 First published in America in 2008, this is a fascinating study not only of the make-it-up-as-you-go-along nature of sport in the 1920s, but also of the manner in which newspapers worked in that era, too.

Mortimer charts the trials and troubles of four swimmers who endeavour to become the first woman to swim the English Channel, clearly using many of the contemporaneous reports contained in the pages of newspapers in the United States, Britain and France. The chequebook journalism’s commoditisation of the women is entirely familiar, if a little quaint by modern standards, but where Mortimer really succeeds is in capturing the sheer scale of the challenge posed by the Channel itself.

The Livingston brothers’ book about being on opposite sides in the 2003 University Boat Race isn’t just about the boats and the hard slog of training. It is about a sibling rivalry that became so intense that, as the big day dawned, the brothers weren’t even speaking to each other.

I like my sports books to be about more than just the sport in question, although this story is even more dramatic for the fact that the 2003 race turned out to be the closest in Boat Race history. I was surprised that Blood Over Water wasn’t a strong contender for a sports book award in 2009.