The Guardian’s Donald McRae and freelance sports writer Duncan Hamilton have again entered the ring for the 31st William Hill Sports Book of the Year Award, each looking to claim a record-breaking third title

The shortlist, chosen from a record 151 submissions for this year’s ward – sports book writing’s oldest, most valuable and prestigious prize – sees six authors competing for the £30,000 cash prize.

McRae’s entry In Sunshine or in Shadow: How Boxing Brought Hope in the Troubles (Simon & Schuster) is his fourth book featuring boxing to make the longlist, including 1996 winner Dark Trade: Lost in Boxing and 2002 winner In Black and White: The Untold Story of Joe Louis and Jesse Owens. His latest work looks at boxing’s role in the Troubles in Northern Ireland, focusing on the open approach of trainer Gerry Storey and champion boxer Barry McGuigan to form a picture of a sport and a nation at a time of intense unrest. 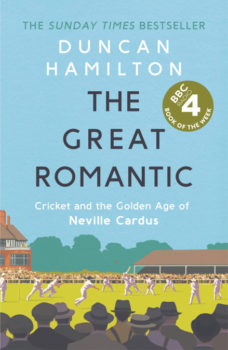 Having triumphed at the 2009 Award for his biography of cricketer Harold Larwood, Hamilton also turns his gaze to familiar pastures in The Great Romantic: Cricket and the Golden Age of Neville Cardus (Hodder & Stoughton) – Cardus’ journey from humble beginnings to becoming one of the sport’s most treasured commentators is a narrative befitting of the works of Charles Dickens that so influenced his writing. Hamilton also won the 2007 Award with his Provided You Don’t Kiss Me: 20 Years With Brian Clough.

Joining McRae and Hamilton on the shortlist is 2012 shortlisted author (for Running with The Kenyans), Adharanand Finn, who takes his passion a step further in The Rise of the Ultra Runners: A Journey to the Edge of Human Endurance (Faber & Faber), fully immersing himself within the often unconventional communities and figures that make up one of the fastest growing sports.

Resilience is also at the heart of Lara Prior-Palmer’s account of becoming the youngest winner – she was 19 – of the 600 mile Mongol Derby in Rough Magic: Riding the World’s Wildest Horse Race (Penguin Random House), an unexpected journey tracing the beauty of the steppes as well as the harshness of this gruelling race.

Former footballer Andy Woodward documents deeply personal accounts of trauma in his memoir. Position of Trust: A Football Dream Betrayed  (Hodder & Stoughton) is the raw and heart-breaking story of a young footballer’s struggle in the face of unthinkable evil – a stark and brave telling that breaks the silence on the scandal of child sexual abuse in the game.

Completing the shortlist is sportswriter Rick Reilly’s excoriating and entertaining expose into the incumbent US President’s obsessive yet ultimately dishonest relationship with the game of golf in Commander in Cheat: How Golf Explains Trump (Headline Publishing Group).

Author, journalist and chair of the judging panel for the award, Alyson Rudd, said: “This award has, over three decades, changed the face of sports publishing. Writing quality has improved and the themes tackled by authors have evolved so that many of the titles submitted are not just entertaining but important.’

The winner will be announced at an afternoon reception at The Royal Horseguards Hotel on Thursday, 5th December. This year’s prize was open to any full-length book, providing the subject was predominantly sporting, published for the first time in the UK between 13 October 2018 and 12 October 2019.

Shortlisted authors each receive £3,000 cash and a leather-bound copy of their book. This year’s winning author will receive a £30,000 cash prize and a trophy.