Five days before the opening of the 1978 World Cup, I sat in the Press Centre in Buenos Aires, staring at an empty sheet of paper. “Slow day?’, inquired a voice behind me. “Nothing happening?’. Whereupon he offered me a list of potential story lines. Some were amusing, most were outrageous, and an abiding memory is of the tale which began: “Gun-toting cops threw a ring of steel around this frightened city last night”. Sadly, that particular offering was quickly withdrawn, on the grounds that he’d already used it. 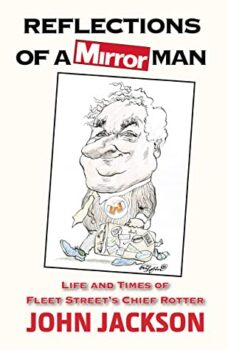 But he was a good-natured man who genuinely wanted to help. So he thought really hard and inquired: “You heard this rumour about the Red Brigades’ threat to kidnap the Italian squad? I’m checking it out. My office wouldn’t thank me if someone nicked a World Cup team and I hadn’t told them.”

John Jackson spent 35 years in Fleet Street. In that period, he covered 22 Olympic Games (12 Summer, 10 Winter), 10 football World Cups and 55 Wimbledons, as well as any number of Test tours, FA Cup Finals and Commonwealth Games. Perhaps “covered” is the wrong verb; rather, he has observed, chronicled, deprecated and occasionally even promoted the foibles of the famous. For Jackson, or “Jacko” as so many of us have known him these past few decades, is a “Rotter”. In fact, as the sub-title of his book of reminiscences has it, he is “Fleet Street’s Chief Rotter”. 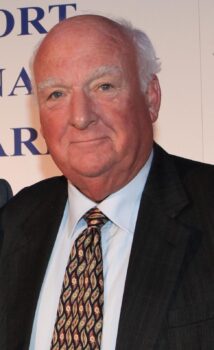 The Rotters, of course, are news reporters who are sent to major sporting events in order to track down “human interest” stories. Occasionally, their robust pursuit of such stories can antagonise conventional sports writers. If Jacko ever felt concern about this situation, then he never betrayed it. Instead, he would slap a back, buy a drink and, with a cheery “no harm done, eh?”, he’d saunter off in search of the next page lead.

As the title of his book suggests. Reflections of a Mirror Man is a rowdy parade of the kind of stories which journalists used to exchange in Fleet Street pubs. Those of us who have spent many a long evening with Jacko will greet the tales like old friends.

The name-dropping is ceaseless and shameless. A glance at the index yields the likes of Muhammed Ali, Princess Anne, Geoffrey Boycott, David Beckham, Spike Milligan and Winston Churchill. Along with Prince Philip, with whom he had a difference of opinion.

Jacko covered boxing at the Tokyo Olympics: “It was the one Games where the usually dominant Americans were out-punched – except for one man,” he recalls. “His wild celebration after winning his country’s only gold medal saw him fall out of the ring on to my typewriter. ‘Hi, I’m Joe Frazier’, he said.”

Bob Dylan, on his way for lunch with local resident Fergal Sharkey, did a runner when I walked into him while door-stepping a North London home where snooker player Ray Reardon was playing away with a girlfriend

Then there was the time when he met a Hollywood actor at an Olympic ice hockey match, and a drunken Eddie Fisher yelled: “Come on John, come and sit in the VIP box between me and the Shah of Persia”. Or that memorable moment at the 1968 Grenoble Winter Olympics “the delectable Audrey Hepburn asked if she could sit next to me at the figure skating training. Bliss!”

But a personal favourite is this deathless paragraph: “A shy Bob Dylan, on his way for lunch with local resident Fergal Sharkey, did a runner when I walked into him while door-stepping a North London home where snooker player Ray Reardon was playing away with a girlfriend.” Vintage Jacko.

He loved his job, he loved his newspaper and he loved the company of journalists. He possessed the traditional virtues for one of his trade: “ Thick skin, a plausible manner, and rat-like cunning.” He also possessed a genuinely wicked sense of humour.

I once sat next to him as he clattered a typewriter with demented energy, taking care to cover the paper so that not a word should be revealed. Across the room, an anxious broadsheet sports writer watched him at work. “God knows what he’s up to now,” he said. These people are capable of anything. And we’re the ones who have to pick up the pieces.”

Jacko sensed his unease from 20 paces. “Got a nice little tale here,” he muttered. “How many A’s are there in Baader-Meinhof?”