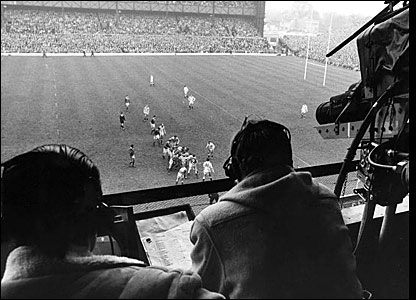 Michael Atherton or Geoffrey Boycott? Steve Cram or Sid Waddell? Test Match Special or Soccer AM? Voting for the SJA Broadcaster of the Year and Programme of the Year is now open, and Peter Wilson examines the runners and riders

So, although 2006 might not have been the most productive of years for Britainâ€™s national teams, it certainly provided great broadcasting.

Channel 4 were the inaugural winners of the SJA’s sports programme of the year for their 2005 Ashes coverage. Sky Sports must be in the frame for 2006 as they presided on the demise of an England side who held on to the Ashes for the shortest time in history. But importantly, the SJA Broadcasting Awards are determined solely by the nominations and votes of SJA members, and voting is now officially open online for the 2006 awards.

Perhaps for broadcaster of the year you will opt for the calm, authoritative tones of Sky’s Michael Atherton ahead of the always bright and irreverent if, at times, hyper David Lloyd. Or maybe Nasser Hussein‘s forthright views are what you are looking for.

On radio, Test Match Special continues to be vital listening, particularly in the early hours when you really canâ€™t be bothered to leave a warm bed just to 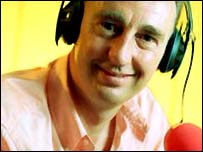 watch another England batting collapse. Jonathan Agnew (right) is the BBC’s articulate correspondent, while Geoff Boycott‘s summarising has been spot on. Or maybe you might want to recognise the show’s producer for nearly 30 years, Peter Baxter, who retires in 2007.

The disaster that was England’s World Cup bid in Germany at least got John Motson excited and brought looks of derision from Gary Lineker and his panel on BBC television, while Adrian Chiles was all over the place like a rash. Steve Rider, Jim Rosenthal and Gabby Logan spearheaded ITV’s coverage, with Clive Tyldesley leading the commentating team. ITV’s Champions League coverage with the Logan-Andy Townsend-Ally McCoist triumvirate was always compelling, as was Sky’s, with Richard Keys holding it all together.

Radio Five Live were also at the top of their game with their all-year-round footie coverage, although the Alan Green-Mark Lawrenson partnership might not be to everyone’s taste. Still, Mark Pougatch held it all together.

Last year’s broadcaster of the year was Sky Sports’ Soccer Special anchorman Jeff Stelling. His appearance at our awards

reached superstar proportions. There were queues of colleagues only too happy to heap praise on him, the programme and his double-act partner Chris Kamara, who made the presentation to Jeff of behalf of the SJA. All three must be in the running this year. And how about that trusted partnership of Martin Tyler and Andy Gray (left) on Sky’s live Premiership coverage?

The Six Nations and the never-ending fixture-list of rugby internationals played throughout the year kept the commentators and schedulers busy. You could get up and watch a live match from Australasia for breakfast, and then feast of games at 1pm, 3pm, 5pm, 7pm and one from South Africa thrown in for good luck.

The BBC showed its commitment to the Six Nations, while Sky Sports excelled with both its domestic and international coverage. John Inverdale, whether on TV or on his On The Road radio programme, is always worth listening to, as are Stuart Barnes and Brian Moore for their respective channels.

One highly rated voice of sport is Garry Richardson, who has been providing the sports news bulletins on BBC Radio 4’s Today with panache for many years, and whose topical, story-breaking Sunday morning Sportsweek show on Radio Five Live must rate as an outstanding chance of winning the SJA programme award.

Channel 4 Racing is another winner and their racing coverage is well served by John McCririck and John Francome, among others, while Clare Balding is untouchable at the BBC, whose coverage peaks with the wonder that is their Grand National coverage.

Formula One might be your bag, in which case Steve Rider and ITV could be high on your list, along with Martin Brundle and Mark Blundell. Then thereâ€™s Rosenthal, again, a man for all sports, back with ITVâ€™s boxing team.

Golf is an all-year-round sport so there is always coverage somewhere, usually on Sky Sports and usually with Bruce Critchley and Ewan Murray. Letâ€™s not

forget the BBC, though, and that master of the minutiae, Peter Allis.

The BBC’s athletics coverage has enjoyed better flag-waving seasons on the track, but through the adversity, commentator Steve Cram (right) is developing an editorial stance that makes him a thought-provoking analyst of his sport as well as a fine caller of even the tightest 100-metre finish.

Or could your choice be Skyâ€™s darts coverage with Sid Waddell, or BBC rugby leagueâ€™s Ray French? Maybe Skyâ€™s coverage of that sport with Mike Stephenson and Eddie Hemmings, possibly snooker or tennis, or is there another sports programme and commentator that impressed you in 2006. Anyone for Eurosport, WWF or truck racing? Itâ€™s your vote.

Click here to complete your voting form for both awards – one vote per SJA member, whether you send your ballot in via email or snail mail. But please make sure you use your vote.