Entries are now open for the SJA British Sports Journalism Awards 2017, sponsored by The National Lottery and supported by Canon and UEFA.

The awards, for sports writing, broadcasting and photography, recognise the crème de la crème of sports journalism in its different genres.

SJA members can benefit from a significant discount to the entry fee.

Winners will be revealed at a gala dinner at the Park Plaza Westminster Bridge on Monday February 26.

There are several new or different categories for 2017. The closing date is January 17 with short lists released on the website in February.

Chairman of broadcast judges Philip Barker revealed: “We’re delighted to announce a further expansion of the SJA broadcast awards to include a new category for Broadcast Production Team.

“We’ve brought this in as a direct result of feedback and consultation with broadcast editors. This showed there was an overwhelming wish to recognise the teamwork that goes into generating broadcast material.

“We believe this will help ensure that unsung heroes behind the scenes also get due recognition.

“Elsewhere we have maintained the categories from last year but expanded the broadcast news reporter to include those reporters who produce other supporting material such as feature-style previews for programming.

“We are very proud that our broadcast awards are now highly coveted and routinely attract a supremely high standard of entries. We have no doubt this will be the case once more this year.

“On a practical note, entries can be made by the broadcasting channel, originating production company or by individuals themselves. We are keen to prevent a scenario where an entry is missed because it is believed that someone else has entered on their behalf. If in doubt please contact us.”

Chairman of photography judges David Ofield said: “As chairman of the judges it is my privilege to once again welcome you to this year’s awards with the release of the 2017 entry forms.

“The quality of pictures in last year’s awards was of an exceptionally high standard and the judges had the unenviable task of selecting the winners from over 200 entries.

“This year after some discussion we have made some amendments to the photography categories; we have added a new category ‘Away from the Action’ and changed football picture to a football portfolio.

“Photographers are now able to enter three photos in the sports picture of the year category for one entry cost and we appreciate that some photographers may specialise in more than one sport, so this year we have allowed two portfolios to be entered in the specialist section.

“Thank you in advance to all the photographers who take the time to enter and also to Canon for supporting us.” 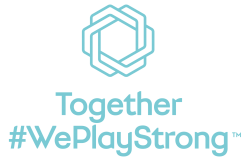 Mary Fitzhenry, chairman of the awards committee, said that the SJA had conducted a thorough review of all three journalism categories for this year’s competition.

“We consulted widely with sports editors, heads of sport, photographers, agencies and senior media figures to ensure our competition reflected the current state of the industry. As a result we have made a number of changes and we hope this results in an even stronger entry across all categories.

“We have dropped the multi-media category on the advice of the industry and reviewed and expanded the judging panels to include more judges from regional newspapers and working media.

“In selecting the Sports Journalist of the Year, sports editors from national and regional publications and agencies will vote from a list of journalists who have been short-listed in the writing categories in order to reflect the entries submitted to this year’s competition and not the career-long reputation of a journalist.

“We are delighted to form a partnership with UEFA, who will support the Football Journalist of the Year as part of their Together#WePlayStrong campaign.

“The SJA is proud of the British Sports Journalism Awards, one of the oldest and highly regarded competitions in the business, attracting support from the National Lottery and key partners including Canon and UEFA. We look forward to receiving a record-breaking entry this year and to honouring the extraordinary talent in our industry.”

About the Sports Journalism Awards

SJA and UEFA in new partnership

The SJA charity partner for the 2017 British Sports and British Sports Journalism Awards is Alzheimer’s Society.  Unite now – text UNITE to 70677 to donate £3 a month or visit alzheimers.org.uk/donatetoday