From a Fairytale in New York to the Miracle of Tokyo to Gareth Southgate’s Wonders of Wembley – almost – it’s certainly been a sporting year from a rare and special vintage.

If the new normal means sporting success on this level, then perhaps, just perhaps, it’s not all that bad. 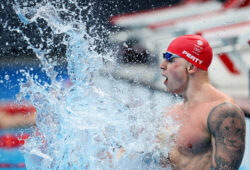 However, it’s certainly not easy when it comes to selecting those who’ll be recognised in the Sports Journalists’ Association British Sports Awards, joining a roll-call that dates back to 1949.

These summer Games like no other were certainly super – and thankfully not a super spreader. Staging such a multi-sport grandiosity in a pandemic, in the globe’s most populous city, still gripped by a state of emergency, was the biggest sporting gamble of all time.

In many ways it made no logical sense, but sport and logic have long struggled to co-exist. 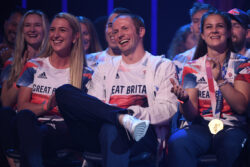 However, the punt paid off – there were Covid cases, but they were few in number, organisers revealed nearly a million tests were conducted on those inside the Games bubble and only 0.03 per cent came back positive.

For all the fears – and there were a few scares behind the scenes – not a single British Olympian or Paralympian, who arrived in the country, missed their competition.

In many ways this was the greatest achievement of the year, special golds for Mark England and Penny Briscoe, Team GB and ParalympicGB’s relentless chefs de missions.

It’s certainly hard to pick stand outs in the 65 medals, including 22 gold, won by Britain’s Olympians and the 124 claimed by our Paralympians, including 41 podium topping performances.

Adam Peaty defended his 100m breaststroke title from Rio and could be forgiven for some fruity post-watershed language, after arriving in Japan under the heavy burden of personal and national expectation, delivering the first gold of a storied summer.

You sense Peaty – nickname ‘The Beast’ – could be forgiven anything, such as in position as the talisman of the British team.

In a world of often relentless negativity, Peaty’s positive mental attitude outlook is uplifting and inspiring – a zealot believer that the power of the possible can take you to levels you never knew existed.

Peaty’s winning ripples were still in the pool when Tom Daley finally claimed that elusive Olympic gold at his fourth Games, partnering Matty Lee to the 10m synchro title. There is no SJA Award for knitting unfortunately.

And then the golds kept coming, on land, on sea, on bike, on horse, in sports as diverse as modern pentathlon and BMX freestyle.

Then, when it was nearly all done, Jason Kenny delivered a golden punctuation point, becoming Britain’s most successful Olympian of all-time.

It seemed rather fitting that up in the rarefied hills of Izu, under the shadow of Mount Fuji, that legend was made.

In this remote outpost of these Games, a super-fast Shinkansen and a long and winding bus journey from Tokyo, Kenny did what he does best, riding his bike faster than anyone else and making history.

Indeed, if he and wife Laura – who won her fifth career gold – were a country they’d be ahead of Ireland, population 4.9 million, on the all-time medal table. 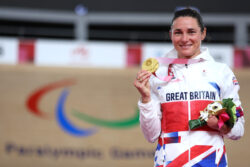 It’s rather nice to imagine Kennyland, with a benevolent King Kenny on the throne, a country much in the image of its ruling couple – successful, inspiring and thoroughly down to earth, the national currency quite obviously gold, silver and no bronze.

Two weeks to catch your breath and the Paralympics followed their warm-up act. Rivals come and rivals go but Dame Sarah Storey’s biggest race is always with the relentless ticking of the clock.

It’s 29 years since she made her Paralympic debut as a 14-year-old swimmer in Barcelona – and nearly three decades and 26 medals later, including 15 golds, she shows no signs of slowing down, in fact quite the opposite. 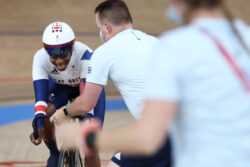 As Tropical Storm Mirinae made landfall in Tokyo, there was just no stopping Hurricane Hannah, wheelchair racer Cockroft taking her tally to seven golds with two more podium-topping displays.

New stars were born too – from sprinter Thomas Young to swimmer Maisie Summers-Newton – and there was a first ever team sport gold medal for Britain’s mixed wheelchair rugby stars.

As the Paralympics closed, attention switched to Flushing Meadows, where Emma Raducanu had improbably made the fourth round in just her second major tournament, not bad for a qualifier ranked outside the world’s top 300.

Within days sights had been reset, the 18-year-old becoming first British woman to win a major singles title since Virginia Wade’s 1977 Wimbledon win.

When Neil Diamond first released ‘Sweet Caroline’ it barely made the top ten, now it’s topping the charts, even if England couldn’t quite top Europe. 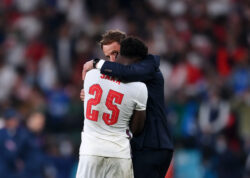 Southgate’s England may have been edged out in a penalty shoot-out in their first major final in 55 years but for a few glorious weeks they took us on quite a ride.

Croatia, Czech Republic, Germany, Ukraine and Denmark all brushed aside, only Scotland – with their own Seventies disco soundtrack – proved their equal, until that final date with the Azzuri and spot kicks.

But it didn’t stop there, Tyson Fury’s latest heavyweight success, Lewis Hamilton’s tussle for an eighth world F1 title, Mark Cavendish rolling back the years in the Tour de France, Chelsea’s success in the men’s Champions League and a success in the inaugural men’s and women’s Hundred for Southern Brave (men) and Oval Invincibles (women).

And then, with the year end in sight, England’s dominant Red Roses proved an unstoppable force, beating New Zealand twice and stretching their unbeaten run in women’s rugby internationals to 18 with further wins over Canada and the USA.

James Toney is the managing editor of Sportsbeat