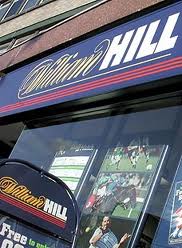 There was a time, says ANTON RIPPON, when betting on sport was an uncomplicated affair. And then, 50 years ago this month, they legalised betting shops

There used to be this shop in a back street, near where I grew up in Derby after the war, that never advertised its wares.

Its windows were blacked out. There was no name over the door, either. Just a sign to announce whether it was open or closed. That was sufficient.

Everyone knew what went on in there. It wasn’t black market food or dodgy magazines. The proprietor was simply a bookie, one of thousands who operated outside the law in post-war Britain.

In these days of casinos, internet gambling and high street betting shops that look like post offices, it seems amazing that off-course punters once had to sneak around the back streets. This month marks 50 years, since September 1960, that the government gave the go-ahead for iff-course betting shops to open for business the following year.

Ironically, the idea didn’t find favour with the original William Hill, who ran a thriving off-course business – legitimate credit clients and illegal cash offices – alongside his massive on-course business. When it was announced that licensed betting shops would be allowed from May 1, 1961, Hill described it as “a cancer on society”.

Growing up, I was no stranger to gambling. My father, a Derby Evening Telegraph linotype operator, liked more than the occasional bet. So did the paper’s Rams man, Wilf Shaw, who could often be seen slipping off to the bookies and then hanging around the creed room, waiting for the results to come chattering down the line.
When I was posted to the paper’s branch office at Burton upon Trent, the most important job of the day was making sure that the racing results were updated every half-hour in the fudge (that’s the stop-press, for younger readers).

Turning to the racing results in the stop press was the first thing that most men did, if only to check the freshness of the newspaper they had just bought.

Anyway, it was the woman who owned our corner shop that introduced me to the murky world of illegal bookmaking.

Violet Craven liked a bet every day. She’d write them down in pencil on old sugar bags and ask me to take them to that anonymous back street shop; this involved shooting a quick glance in either direction before nipping into a fog of cigarette smoke. The whole thing was done on trust: you simply handed over your homemade betting slip, which you’d signed with a pseudonym. If you’d backed a winner, you just muttered your pseudonym and the clerk would consult his ledger before paying out. I never saw an argument.

Violet, bless her, was no genius, but within seconds she could work out to the last halfpenny how much she’d won from a ten-horse accumulator with various doubles and trebles thrown in. “Tell him I’ve got 2 pounds 18 and sixpence halfpenny to come,” she’d instruct me. I was too young to ask for commission. Payment for the errand was a bar of chocolate or sweets from her shop, a welcome treat at a time of rationing.

Eventually Violet changed her allegiance to a bookie’s down the street. It was run from a big house and entrance was gained through the back garden. Again, the scene inside was at odds with the quiet street outside: dozens of men, many of them Irish labourers who lodged in the area, listened intently to a race commentary coming over a wire service.

As with the other establishment, the whole room was filled with tobacco smoke that stung the eyes and clawed at the lungs of a young non-smoker. It was an unsentimental education. But as one old teacher of mine used to say: “There’s more to life than learning French grammar.” Which was just as well.

The police were aware of these illegal gambling dens but rarely raided them.

There was, however, still a touch of excitement in stepping over the line. Yet despite that early introduction, gambling never interested me. Today, an annual flutter on the Grand National is the extent of my interest. The enjoyment went out of betting when the government realised that it could be a tax cash cow. Like a lot of things, it was more fun when you had to sneak around. You can bet on that.