VIEW FROM THE PRESSBOX: Among all the varied skills which student journalists must learn, ADRIAN WARNER suggests some tried and trusted techniques remain invaluable

I welcomed the student’s question with the same delight that would usually accompany a pint of the finest real ale being placed on an empty beer mat. 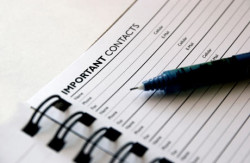 “How do you go about making contacts and getting stories?” the sports journalism undergraduate asked. In the same 20 minutes or so that it would take to enjoy that pint, I attempted to explain the importance of networking from my 30 years working for Reuters, the Evening Standard and the BBC.

What was really refreshing was the student’s desire to learn a fundamental skill which some fear is disappearing from our business, as the next generation is asked to be jacks of all trades as writers-turned-broadcasters-turned-social media town criers.

The temptation for pressured journalists is to pick up a story from the internet, rather than pick up the phone. Clearly, there are already some reporters who make their living surfing the net with ease on their laptops, rather than paddling doggedly through a crowded room of contacts and potential sources in a harder quest for a story.

In this journalistic environment with huge demands from multi-platform journalism, it is no surprise that there is an increasing trend for the reporters of the future to be educated at universities offering degrees in sports journalism.

When I first stepped into Fleet Street at Reuters in 1986, journalists knew what they were – writers or broadcasters – and newspaper reporters enjoyed the luxury of knowing that their first deadline was often hours away. There was time to do the job – and, therefore, time to learn on the job.

As a result, it did not matter too much whether a newcomer had a degree or not. Degrees certainly did not need to be in journalism and graduates coming into our trade will have studied everything from music to history.

In those days, many media groups, including local papers, also had their own training schemes. Although some national and international groups do still train graduates, the majority of news organisations expect young journalists to arrive in their newsrooms with a sheath of diplomas and certificates, and an array of skills. The sports journalists of the 21st century must have audio-visual techniques as well as a writing ability.

At the University of Bedfordshire, where I have recently started as a part-time senior lecturer, students learn television and radio techniques as well as writing skills for newspapers and the internet. They study the law, ethics, shorthand and court reporting as well as all the skills of writing about sport.
The goal is that they arrive at a sports editor’s desk for an interview with all the key skills across all the platforms. The hope is that they are then ready to focus on getting some original stories.

There will be colleagues who think that university degrees in journalism are not needed.

One seasoned tabloid journalist once told me: “No amount of degrees can replace the ability of being able to put your size 11 boot in a door.”

Of course, there are reporters who are natural story-getters because of their personality and determination. There is an argument that those characteristics are harder to teach.

But the reality in newspaper groups, these days, is that reporters need to be able to produce all sorts of material in written and audio-visual form as well as master the latest social media developments.

In broadcasting, correspondents have to feed the beast known as 24-hour news and be able to shoot, edit and package their own material as well as stand in front of a camera and perform for a live broadcast. The days of a team of producers and technicians running around and looking after reporters is long gone.

So, there is a strong argument for learning all of these skills before even starting a full-time career in sports journalism.

It is interesting to see more journalists and SJA members spending part or all of their time teaching the next generation, such as award-winning cricket writer Rob Steen at Brighton University and my former Reuters colleagues Clare Lovell and Tim Collings, the Daily Telegraph’s former Formula One expert, at universities in Kingston and London respectively.

The SJA has been looking at ways in which experienced journalists could provide regular talks on various aspects of their work for aspiring reporters, and towards that end, this week my former colleague, Ian Chadband, will being speaking to my Bedfordshire students about sports writing.